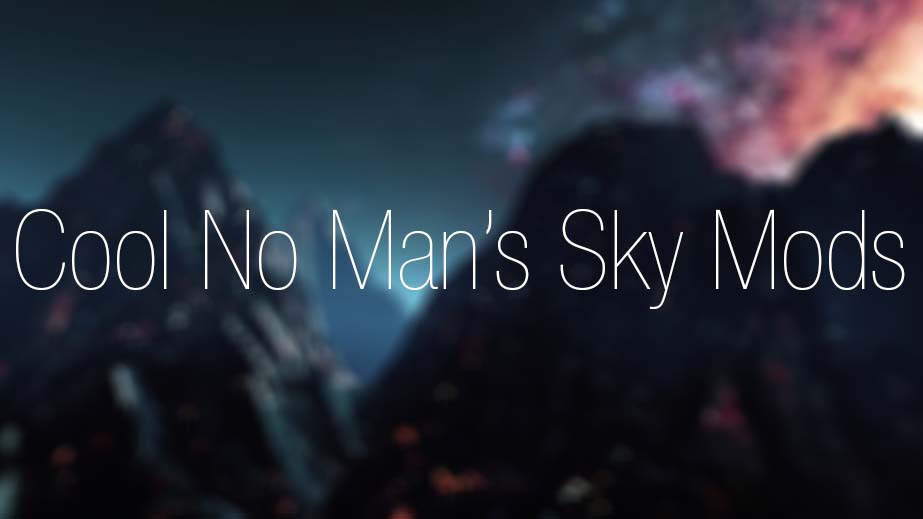 No Man’s Sky (aka NMS) is an incredibly popular title that many people enjoy playing. You might have already put hundreds of hours into this game if you’re passionate about it.

Even though there is a lot to do in this title, some players might feel like they want new experiences. This is where the modding community comes into play to give you cool new mods to check out.

Read on to learn about some cool No Man’s Sky mods that you can download today. These mods have the potential to refresh the game and make it more interesting in certain ways.

You’ll learn a bit about NMS mods while also learning a bit about the game in case you’re new to this title.

What is No Man’s Sky?

No Man’s Sky is a survival game that was developed by Hello Games. It was released in 2018, and it’s been updated quite a bit since then.

In this game, you explore space, gather resources on alien planets, and learn about the mysteries of the universe that the game takes place in.

I remember contacting Hello Games about the game when they were still in the development phase when I wrote my thesis on video game audio because everything in the game – including the music – is procedurally generated (at least to some extend), which was a novelty at the time.

Because everything is procedurally generated, NMS is a title where it’ll truly be hard to see everything due to how massive the game is.

If you enjoy planet-hopping, also check out the guide to cross-play on Destiny 2.

Now it’s time to take a look at various No Man’s Sky mods. These skymods have the potential to make the game even more fun.

Ready your hyperdrive and get ready to explore in new ways through the power of game mods.

This mod is known as the “Better Planet Generation” mod, and it was created by WoodyMontana. It helps the game to create better planets that will be more interesting to explore.

You’ll see far more fun planets pop up in your game that will have interesting things to look at. Overall, it improves the experience quite a bit, and it might be the first mod that you should download.

The Fine LOD mod has been created by HoratioHafnaugels. In this title, you’ll sometimes notice that the water appears to be lower than it really is. Your player character won’t sink in the water properly, and it’s something that can break immersion.

This mod fixes that by making textures load from further away so that the game doesn’t make these mistakes when you walk up to a body of water.

Another mod that makes the game more convenient to play is the Fast-Text-View mod. It was made by UserPro66 and it simply makes the textboxes appear much faster.

You’ll be able to read through the text boxes much faster by using this mod. Saving yourself a bit of time is always nice.

Being able to analyze things faster is a good quality-of-life improvement to the base game. When you arrive on a new planet, you’re going to be spending a lot of time scanning things.

If you think that this is a bit too slow for your liking, then making it significantly faster using this mod will help you out. The Faster Analysis mod was created by Alechielke for the sake of convenience.

A user named Exosolar made a mod that turns No Man’s Sky into a more realistic space experience. The base game is very bright, but this mod allows you to explore the blackness of space.

If you’d like to explore this game in a completely different way, then you should check Exosolar’s Expanse mod out. It really does change the NMS experience quite a bit.

Interested in exploring deep space with friends? Then check out the guide to cross-play in Astroneer.

Some people feel that the cloud textures in No Man’s Sky aren’t quite up to snuff. At certain distances, the clouds don’t look that great.

The HD Clouds mod changes that by improving the quality of cloud textures at mid-range and long-distance. If you want to have the best visual experience possible, then this is a mod that makes sense.

In general, the animations for crafting in this game don’t take too long. However, it still takes time to craft the items.

If you’d like to speed things up, then the Fast Actions mod will be useful to you. It makes it so that crafting actions are incredibly fast so that you can create many things in a short span of time.

Do you get annoyed by how much it costs to launch in No Man’s Sky?

If you’d like to reduce the cost, then you can just download the Reduced Launch Cost mod. It reduces the amount of fuel that you need to launch your ship.

It’ll ensure that you’re able to keep having fun for longer instead of having to worry so much about resources.

HytekGaming made this brilliant NMS mod called Lowflight. It makes it so that you can fly around at low altitudes using your ship.

In the standard game, it isn’t possible to do this when visiting planets. You should definitely check this mod out since it makes the game more fun.

Have you ever wanted to go back to a location that you once visited in No Man’s Sky? It’s hard to do in this procedurally generated title, but this mod makes it possible to teleport to specific locations.

You can manually register locations that you’d like to be able to teleport to, and this makes it so that you can go back to your favorite worlds whenever you feel the need.

Having the option to essentially use a teleporter makes the game even better.

Another great mod from Exosolar involves the base building mechanic. Placing parts can be frustrating in the base game, but this mod makes it substantially easier.

When you install the Beyond Base Building mod, it makes it so that you can position the pieces whatever way you want to. It’s far less annoying than how the base building works in the standard game.

No one builds bases quite like the Empire in Star Wars. Check out the breakdown of crossplay possibilities in Star Wars Battlefront 2.

Now that you’ve read about some of the best mods for No Man’s Sky, you’ll be able to decide which ones you’d like to check out. There are many other mods out there that you can try.

Getting into the modding community for NMS makes the experience that much more fun.

You can really lose yourself in the universe of No Man’s Sky if you have the free time to do so. Hopefully, some of these mods will make it so that you and your friends will enjoy the game for dozens of more hours.

Since new mods are being created all the time, it’s worthwhile to check up on what new mods will be added down the line.

Also, mods are being updated all the time. So make sure to check the newest version out there.

Here are the answers to some frequently asked questions about No Man’s Sky:

How to Play with Friends

No Man’s Sky can be played with friends who you invite, but you can also play with strangers if you just want to meet new people in the game.

No Man’s Sky Normal Versus Survival

Some new players get confused about the difference between No Man’s Sky survival mode and normal mode.

In normal mode, you can go to your grave marker to reclaim your backpack, but this isn’t possible in survival mode.

Simply put, survival mode is a harder mode where you’ll lose all of your stuff when you die. Essentially, it’s just a tougher mode for players who are up to the challenge.

Check out this article on cross platform play in No Man’s Sky.

What does it mean, that No Man’s Sky is procedurally generated?

When a video game is procedurally generated, it means that algorithms are used to automatically create large amounts of content in a game (as opposed to manually doing level design with assets such as trees, mountains, rocks, buildings, and more).

The downside to this technique is that game worlds often are huge, but empty and boring – something NMS also suffered from after the initial release. This has since been addressed in numerous updates so the universe today is much more alive and varied.