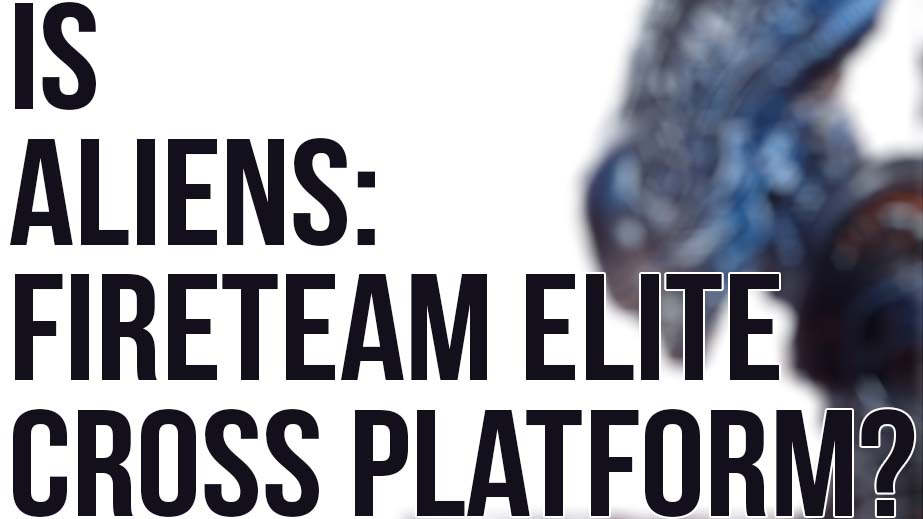 For some reason, creating a good video game set in the Alien universe is hard. There have been many attempts, but only a few good ones. The last Alien game worth mentioning was Alien: Isolation from 2014.

A good Alien multiplayer game is even harder to find. I don’t think I’ve played any good ones since Alien vs. Predator in 2010. Aliens: Colonial Marines (2013) looked promising but turned out to be a total disaster.

So it’s nice to finally see another attempt to crack the code on how to make a good multiplayer game within the Alien franchise universe.

It was released on August 24, 2021, and is considered a sequel to the original Alien trilogy of movies. The game places a heavy focus on action.

You can play this game with friends cooperatively, but you can also play with AI teammates if you want to go solo.

But is Aliens: Fireteam Elite cross-platform?

Unfortunately, Aliens: Fireteam Elite isn’t cross-platform. That means you can only crossplay with friends on the same platform. The game is cross-gen, so players on Xbox Series X/S or PS5 can crossplay the native versions of the game together with players on Xbox One or PS4, respectively.

Here are the answers to some frequently asked questions about Aliens: Fireteam Elite.

Unfortunately, Aliens Fireteam Elite doesn’t support cross-progression, aka cross-save. This means that you can’t transfer your save to the next-gen console even if you’ve unlocked a lot of stuff on fx PS4 or Xbox One and upgraded to PS5 or Xbox Series X|S. You’ll have to start all over again from scratch.

How many players can play co-op together in Aliens: Fireteam Elite?

Three players can play co-op together in Aliens: Fireteam Elite. But it’s possible to play the game alone or if you’re only two players.

A squadron of marines consists of three players, and if one or two of the slots aren’t filled with human players, the rest will be filled by computer AI – just like in other co-op games like L4D or Back 4 Blood.

No, unfortunately, Aliens: Fireteam Elite does not support couch coop. That also means that there’s no split-screen co-op mode.

Aliens: Fireteam Elite isn’t available on Game Pass at the time of writing this.

Is Aliens: Fireteam Elite worth it?

So is Aliens: Fireteam Elite worth it? That is, is the game any good?

Yes, the game is quite fun and has a lot of great action. However, I’d say the gameplay isn’t that deep, and you don’t get the sense of horror you’d expect from a game set within the Alien universe.

Also, the lack of cross-platform support is really weird when discussing an online co-op survival game.

What is Aliens: Fireteam Elite. – A quick overview.

The story of Aliens: Fireteam Elite takes place in the year 2202.

The USS Endeavor receives a distress call from a refinery station named Katanga that is orbiting the planet LV-895.

This refinery station was previously thought to have been destroyed so a team of Colonial Marines has been sent in to check things out (when will they ever learn!?).

When they get there, it doesn’t take them long to discover that the whole place has been overrun by Xenomorphs, and the rest of the story will involve figuring out what happened while fighting off deadly aliens.

You’ll be playing as a Colonial Marine and fighting off many Xenomorphs in this third-person shooter game. It’s a game that focuses on action, which means you’ll fight back against the aliens rather than run.

There are five classes to choose from in this title. You can play as a gunner, demolisher, technician, recon, or doctor, and each has unique abilities that can help during gameplay.

This is designed to be a co-op title with teammates to rely on. You might choose to play this title online with several friends.

If you don’t have people to play with, then you can have AI teammates to assist you. You’ll need the help if you’re going to defeat the Xenomorphs and determine what is going on.

What platforms are Aliens: Fireteam Elite available for?

Aliens: Fireteam Elite is available for: