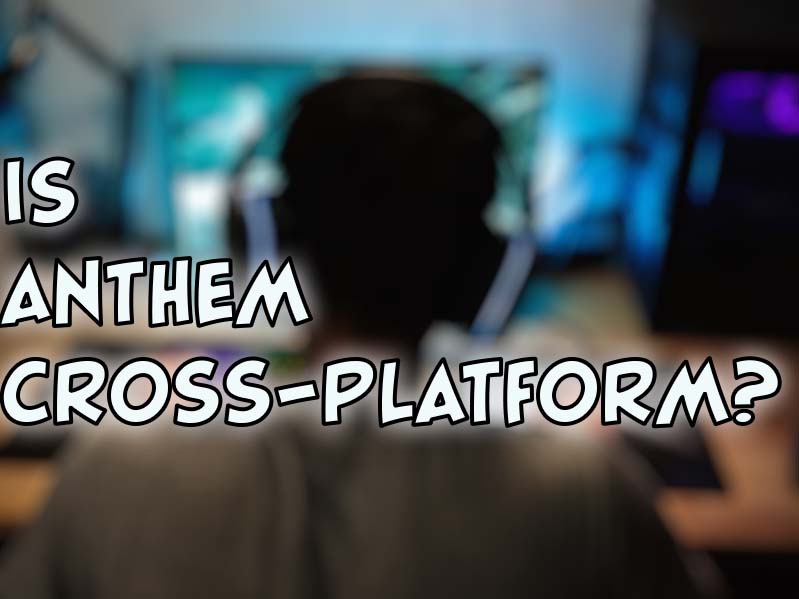 Is Anthem cross-platform? No, unfortunately, Anthem is not cross-platform. Furthermore, since February 2021, Anthem will not see any further development.

Check out how to share your games with friends on Steam.

What is (was) Anthem? – A quick overview.

Anthem is a game developed by Bioware that came out on February 22, 2019. It’s an action-based role-playing game that falls under the “looter shooter” category of games popularized by Destiny.

You’re meant to play this online game with up to three other players. The game has changed quite a bit since it launched, but the core gameplay loop remains the same.

The story of Anthem is one of the most interesting elements of the game. This game is set on a planet called Coda, with technological relics strewn about.

These pieces of technology can harness a mysterious energy source known as the Anthem of Creation. Some unstable relics can terraform sections of the planet, and they can also mutate wildlife.

Humanity was enslaved centuries before the start of the game by a race of creatures known as the Urgoth.

Some humans have chosen to fight back using the power of exosuits that allow humans to fly and wield powerful weapons. You play an unnamed character who is thrown into the middle of this conflict on the side of humanity.

This is an online multiplayer game that can also be played solo. You’ll go on missions and fight creatures to gather better weapons and other materials.

There are story missions where you can uncover more of the game’s lore, but you’ll also be able to play missions that focus on helping your character to become stronger.

Gathering weapons and materials to increase your power is a core mechanic of the game.

This is a third-person game where you’ll be flying around in exo-suits known as javelins. These are essentially like Iron Man suits.

There are three different suits to play with: either focused on power, agility, or a mix of the two. Players can also talk to NPCs and build relationships with them through conversations.

What platforms are Anthem Available For?

Anthem is available for:

My best guess is that it has to do with the fact that cross-play between PC and Playstation takes time and money – especially because both Sony and Microsoft require a lot of rigorous testing.

And, unfortunately, neither EA nor BioWare decided it was worth it. So Anthem was not cross-platform in 2021, nor will it be in the future.

Even though it looked like a promising game, Anthem has been laid to rest on the digital graveyard. Failing to meet commercial expectations seems to be the culprit. So we will never get to see cross-platform for this game.