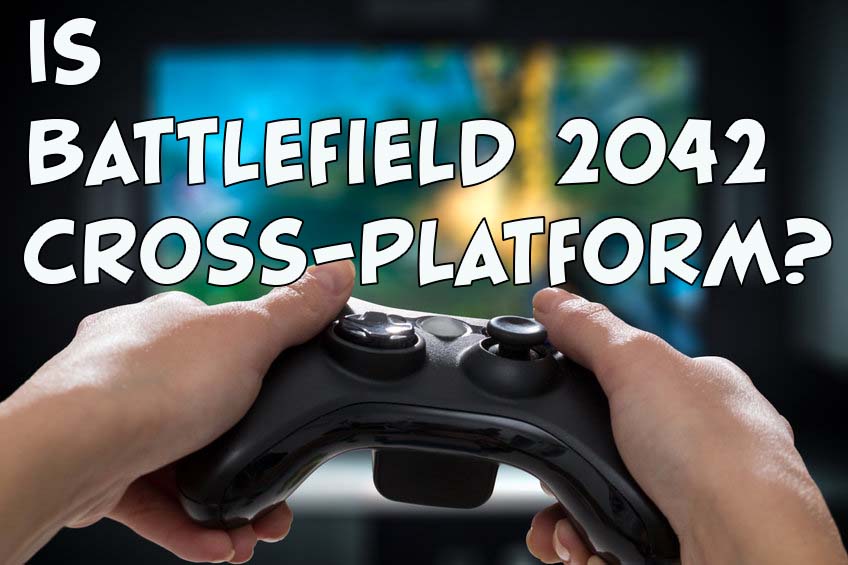 Battlefield 2042 marks the 20th anniversary of the Battlefield video games series that started with Battlefield 1942 in 2002 (although you got early access to the game on November 19, 2021).

In other words, in the 20 years Battlefield games have been released, the successful series span 100 years of game time.

Earlier games in the franchise have notoriously lacked this feature. But Battlefield 2042 is different in that it offers cross-play – at least for some combinations of platforms.

Below is a table for easy comparison.

Also, check out Is Battlefield 5 cross-platform?

Yes, it does! Battlefield 2042 supports cross-progression and cross-purchases, i.e., when you buy something on PlayStation, it is also accessible if you move to a PC or Xbox.

How many players can play Battlefield 2042 together?

On last-gen consoles, PS4 and Xbox One, you can play together with up to 64 players.

On PC, Xbox X/S, and PS5, 128 players can play simultaneously together.

The game is a somewhat futuristic take on the first-person shooter genre since the game takes place in 2042.

Unlike many earlier entries in the Battlefield franchise, Battlefield 2042 doesn’t feature a single-player campaign. This means that it doesn’t have a story in a traditional sense.

Some elements might help to set up the conflict in the multiplayer game modes, but it doesn’t have a cohesive narrative that players can sink their teeth into.

The gameplay in Battlefield 2042 is very similar to other recent entries into the franchise. It’s a first-person shooter where you can play as different character classes with access to different load-outs.

Changing classes gives you access to special equipment, such as the wingsuit, which allows you to glide through the skies.

Some interesting natural events can occur in this shooter, such as tornadoes and sandstorms, and using the wingsuit to ride the wind promises to be thrilling.

What platforms are Battlefield 2042 Available For?

Battlefield 2042 is available for: