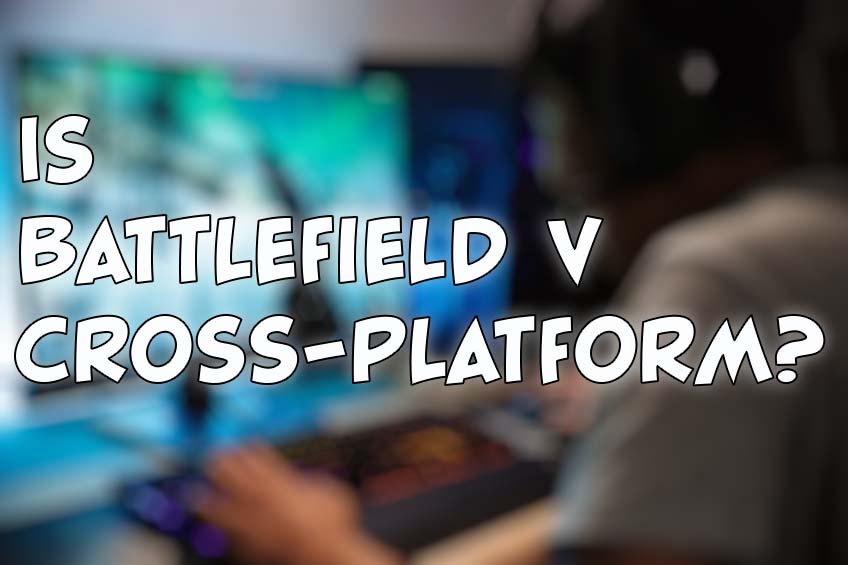 Battlefield 5 (aka Battlefield V, aka BF5) features some awesome multiplayer modes (such as Combined Arms, The Grand Operations), and finally, even a battle royale mode.

And being multiplatform naturally, we want to be able to play together with friends who are on different platforms. But is Battlefield 5 cross-platform?

But it has some cool multiplayer modes, so it’s time to make some new friends with the same platform as you.

Into battle-royale? Check out info on cross-play in Apex Legends.

How many can play Battlefield 5 together?

Battlefield 5 allows up to 64 players to battle it out on a single map simultaneously. The 64 players can be divided into up to 16 squads.

This is again a no! Battlefield 1 doesn’t support cross-progression play.

Does Battlefield 5 have a Battle Royale mode?

What is Battlefield 5. – A quick overview.

Battlefield 5 is the 16th installment in the legendary Battlefield franchise. It was released on November 20, 2018, for PC, Xbox One, and Playstation 4.

This is a first-person shooter game that goes back to the roots of the series in many ways. It takes place during World War II, and it features weaponry that is appropriate to the era.

The story of Battlefield 5 takes place during World War II. It takes cues from the previous game in the franchise, Battlefield 1, by giving players several character scenarios in campaign mode.

There are episodic war stories that you’ll be able to work through to learn about the story of this game. Each scenario is interesting in its own right, but it likely won’t take you too long to work through them.

The gameplay is the biggest appeal of Battlefield 5. It’s a classic Battlefield title where you’ll fight foes to control points and score for your team.

There are many online multiplayer modes for you to try out in this title, but the Conquest mode is the classic mode in this franchise. You’ll also be able to play team deathmatch along with various other multiplayer modes.

Battlefield 5 features a class system where players can choose between different characters. Some have access to different weapons or items that can do special things.

For example, you can get access to weapons that are better for taking out heavy artillery when playing in some classes. This is standard for the Battlefield franchise at this point.

What platforms are Battlefield 5 available For?

Battlefield 5 is available for: