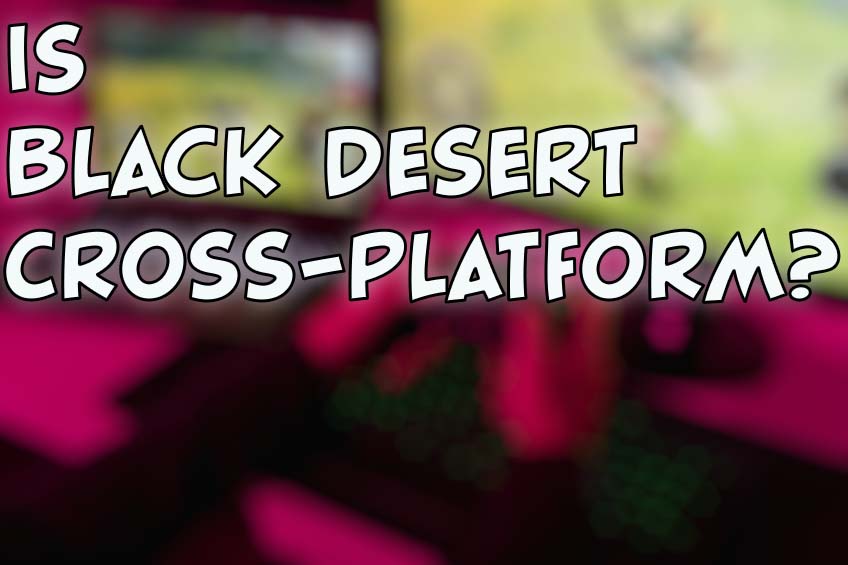 So naturally, we want to play with friends on platforms other than ourselves.

But is Black Desert cross-platform?

When cross-playing, you can even join the same guilds if you’d like.

It’s nice to know also that you can opt in and out of cross-play because cross-play servers still have “cross-play” as part of their name.

Below I’ve also created a table for easy platform comparison.

Unfortunately, Black Desert doesn’t support cross-progression, meaning you can’t transfer your saves or progressions between Xbox and PlayStation even though the game is cross-play.

What is Black Desert Online?

Black Desert is a popular massively multiplayer online role-playing game (MMORPG) released in the West in 2016. It’s a sandbox-style game that has many fantasy elements.

The game was developed by the Korean game development company Pearl Abyss.

The story in BDO takes place in a high-fantasy setting. There is an ongoing conflict between two rival nations, the Republic of Calpheon and the Kingdom of Valencia.

Calpheon is known for being a materialistic nation, while Valencia has a spiritual society. Players will learn more about the conflict and the world as they take on missions in the game and explore various regions.

The gameplay in Black Desert is similar to many other MMORPGs, but it’s a bit more action-based. This game uses sandbox elements, which means you’re free to explore different parts of the world.

You’ll be playing the game from a third-person perspective, and you’ll also use manual aiming. Aside from combat, you’ll also be able to go fishing and farm in this title.

Combat might be trickier than usual for some MMORPG veterans. It requires you to dodge attacks and block, and you’ll also need to attempt to combo enemies. It’s generally more involved than an average MMO, but many find that it keeps the game more engaging.

Think of it as an MMO with action combat similar to Devil May Cry but not nearly as polished as a pure action game.

What platforms are Black Desert Available For?

BDO is available for: