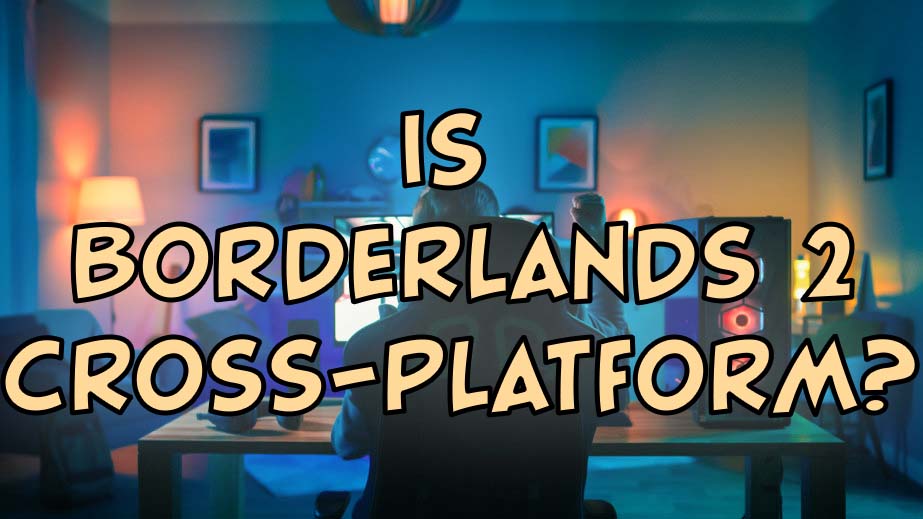 Borderlands 2 (aka BL2) is a first-person shooter role-playing game that is both multiplatform and multiplayer.

But is Borderlands 2 cross-platform?

How to Crossplay between PC and Mac

After downgrading the game, you won’t be able to connect with other Windows players who haven’t rolled back the game to v.1.8.5.

How to Crossplay between Mac and Linux

Borderlands 2 supports cross-platform play between Mac and Linux if you use a few tricks.

On Linux, you need to use ProtonDB to run the Windows version of the game. Then you need to roll back the game to version 1.8.5, which you can find here.

After downgrading the game, you won’t be able to connect with other Windows players who haven’t rolled back the game to v.1.8.5.

Borderlands 2 does not support cross-play on PS Vita, Android, or Nintendo Switch.

Jump on the Pandora train and see some answers to more questions below:

Note, when playing co-op in split-screen, each player should sign in to their system account to allow progress for both players to be saved. If Player 2 is signed in as a Guest, the progress won’t be saved.

You must mod the game if you want to play local split-screen on a PC. Here’s a link to what you need.

What the heck is Borderlands 2 anyway? – A short introduction.

Borderlands 2 is a first-person shooter game that falls under the “looter shooter” gaming category. It’s a very funny and addictive game that can be played by yourself or friends.

Many choose to play this game cooperatively with friends, and you can play with up to four players. You’ll be shooting your way through enemies as a vault hunter while constantly finding bigger and better guns to use.

The story of Borderlands 2 takes place on Pandora, and you’re going to play as a Vault Hunter searching for a large vault somewhere on the planet. Handsome Jack rules over this planet like a dictator, and he will attempt to thwart your efforts.

As you continue to play, you learn more about Handsome Jack, the planet, the vault hunters from the original Borderlands title, and much more. It has a very interesting plot that is also silly enough to make you laugh while playing with friends.

Playing Borderlands 2 is a real treat if you have a co-op partner. This game can be played solo, but you can also play with up to three friends.

You’ll be shooting enemies and working through missions to gain wealth and learn more about the planet in search of an elusive vault. One of the biggest aspects of this game involves collecting new guns that are dropped by enemies.

Enemies will drop guns when defeated, which gives you an opportunity to get new gear. You’ll collect new items that are more powerful as you work your way through the game.

There are also RPG elements because you level up and gain more skills as you kill enemies. Eventually, you’ll become a very powerful vault hunter with many skills and tools.

Also, check out Is Borderlands 3 cross-platform?

What platforms are Borderlands 2 available for?

Borderlands 2 is available for: