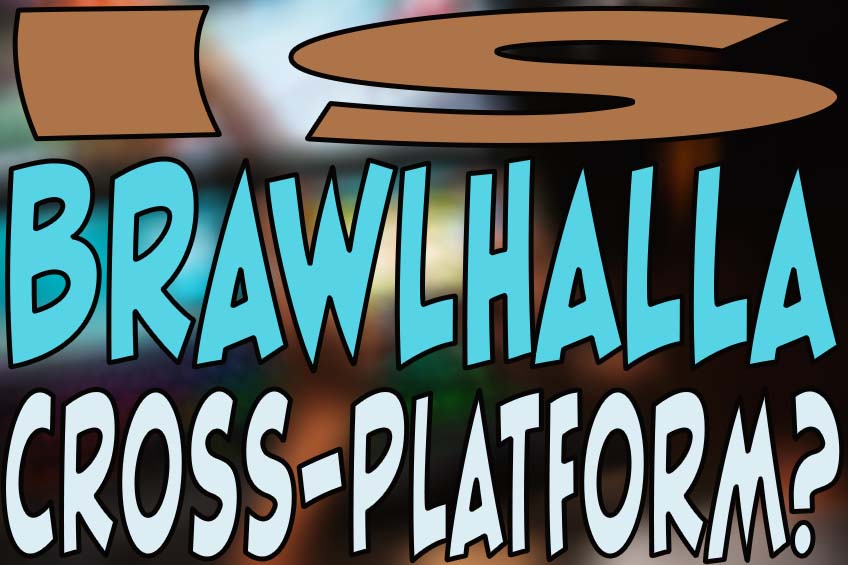 Brawlhalla is a free-to-play 2D platformer that’s available for a multitude of different platforms, including smartphones, consoles, and PC.

The game has been so successful online that the developer Blue Mammoth Games have managed to secure the rights to include character skins from other franchises such as Kung Fu Panda, The Walking Dead, and Teenage Mutant Ninja Turtle.

So is Brawlhalla cross-platform?

Brawlhalla is a cross-platform game that supports crossplay between PC, PS4, PS5, Xbox One, Xbox Series X/S, Nintendo Switch, and even Android and iOS.

Also, check out my guide to the best gaming laptop under 800 USD.

Does Brawlhalla have cross-progression?

Unfortunately, Brawlhalla doesn’t have cross-progression, meaning that you can’t transfer your data or cross-saves between the different platforms.

I keep hearing rumors about BrawlhallaGO and cross-progression on mobile, but nothing has been confirmed. I’ll update this post if it ever comes true.

What is Brawlhalla? – An overview of this amazing 2D platform brawler game.

Brawlhalla is an indie game that takes many notes from the Super Smash Bros. franchise. In many ways, it’s like an indie version of a Smash Bros. title.

Brawlhalla was developed by Blue Mammoth Games, and it was published by Ubisoft. It has steadily grown in popularity since its 2017 release, and many new characters have been added to the roster.

Those who are hoping for a story mode will be disappointed. This is just a multiplayer title that you can play with friends. It doesn’t feature single-player modes or story modes for you to go through.

There are some Brawlhalla stories that you can find online in the form of webcomics, but there won’t be any real story elements to latch onto in the game itself.

If you’ve played Super Smash Bros. in the past, you’ll have a basic idea of how Brawlhalla plays. This is a 2D fighting game where you damage your opponent and eventually attempt to knock them off the stage.

Players get knocked further back when they’re stuck if they’re more damaged. It’s a standard and fun type of fighting gameplay that will be great when you have friends over.

It’s also noticeable that this is a “freemium” game. You can play the game for free, allowing you to choose one of nine characters. The available characters will rotate every so often. If you wish to play more characters, you’ll be able to purchase them with real money.

You can play this game online with friends, but it also supports local play.

What platforms are Brawlhalla Available For?

Brawlhalla is available for: