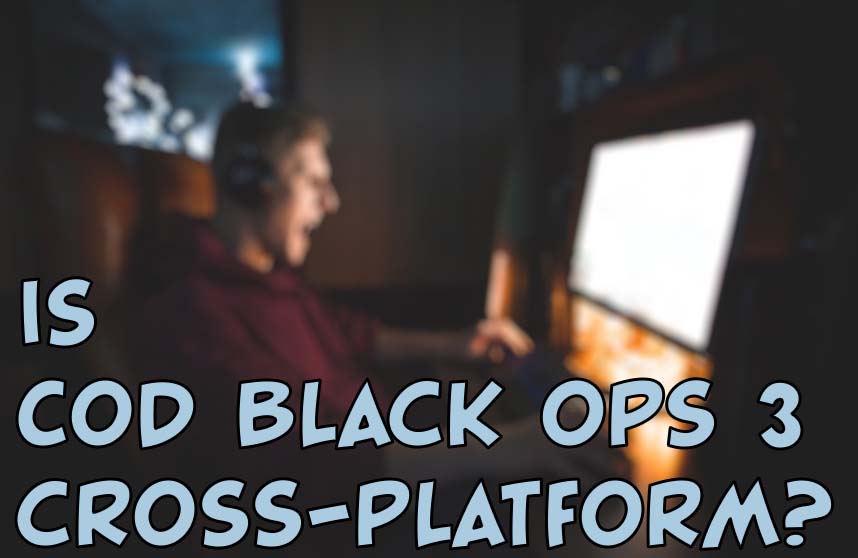 Call of Duty: Black Ops 3 (aka CoD: Black Ops 3 aka Black Ops 3 or simply bo3) is a multiplatform first-person shooter that focuses on co-op in the campaign as well as multiplayer modes.

So from the get-go, Black Ops 3 is designed to be played with friends locally via split-screen, LAN, or online.

But is Call of Duty Black Ops 3 cross-platform?

What is Call of Duty: Black Ops 3? A brief introduction.

It was developed by the iconic game development studio Treyarch. It came out in 2015 on multiple platforms, such as the PC, Playstation 3, Playstation 4, Xbox 360, and Xbox One.

It features a gritty black ops story and many other popular game modes the franchise has become known for.

The story in Black Ops 3 is darker than in many other games and takes place in the future.

The game is set in 2065, and it’s 40 years after the events of Black Ops 2. The world is in a crisis due to climate change, international conflicts, and technological advances.

You’ll play as black ops soldiers stuck in the middle of a third cold war between global alliances.

The gameplay is reminiscent of earlier Black Ops titles, but refinements have been made to how the game handles. It’s also notable that the game features more futuristic weaponry due to being set in the year 2065.

You’ll have a lot of fun playing with the different weapons and pieces of equipment in the various game modes.

Of course, multiplayer is a huge part of the Call of Duty experience. You’ll have all of the team deathmatch modes that you would expect in this title.

There are various specialists that you can choose to play in the multiplayer mode that is all good at different things. You’ll also be able to unlock audio logs when you continue to play and progress as each specialist.

The popular zombies mode has returned in this title, too. You can team up with friends to survive undead hordes for as long as possible. There are a wide variety of different maps to choose from. You can play through the zombie storyline in an episodic format.

What platforms are Call of Duty: Black Ops 3 available for?

Call of Duty: Black Ops 3 is available for: