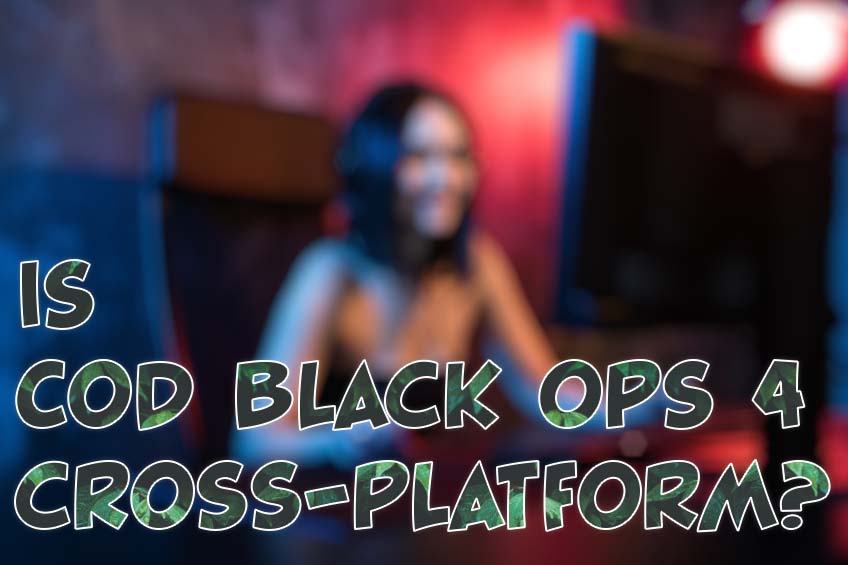 Call of Duty Black Ops 4 (aka Black Ops 4 or simply bo4) is a multiplatform first-person shooter with a strong multiplayer base. It also features a Battle Royale mode called Blackout.

Black Ops 4 is designed to be played together with friends. On console, you can play co-op from your couch, split-screen, or online – or both!

But is Call of Duty Black Ops 4 cross-platform?

No, Call of Duty: Black Ops 4 isn’t cross-platform. That means you’re out of luck if you’re on PC and want to play with friends on Xbox (One or X) or PlayStation (PS4/PS5). You can, however, enjoy multiplayer between Xbox One and Xbox X through backward compatibility. The same is true for PS5 and PS4. In other words, on console, BO4 is not cross-platform but cross-gen instead.

Unfortunately, CoD Black Ops 4 doesn’t support cross-progression or cross-save. In other words, you can’t level up your guys on fx PS4 and then transfer your profile or progression to PC, Xbox, or vice versa.

What is Call of Duty: Black Ops 4. – A quick overview.

Call of Duty: Black Ops 4 is a popular multiplayer first-person shooter title. It was developed by the renowned Treyarch game development studio, and it was released in 2018.

This wildly popular game made some changes to the series, but it still managed to become a big hit with fans. It’s considered a sequel to Call of Duty Black Ops 3.

In its place is a mode that is called solo missions mode. This mode gives background stories on the different specialists you can play in the multiplayer mode.

As you might expect, the story is lacking compared to other entries in the Call of Duty franchise. There are still story elements for you to explore, but they take a back seat to the multiplayer experience this time around.

Even so, the solo missions mode is there if you want to delve into the lore a bit.

Since Black Ops 4 is primarily a multiplayer title, it’s good to know that the gameplay is very tight. This first-person shooter game has excellent controls and many different maps to play on.

There are also a large number of different game modes that you can enjoy. You’ll find traditional options such as team deathmatch, but you also enjoy more modern modes such as battle royale.

Otherwise, this is a very standard Call of Duty experience. You’ll be choosing from different specialists and leveling up as you continue to play the multiplayer game.

It has the potential to be a lot of fun when you play with a group of friends. It’s also very easy to find competition by choosing match-making.

What platforms are Call of Duty: Black Ops 4 available for?

Call of Duty: Black Ops 4 is available for: