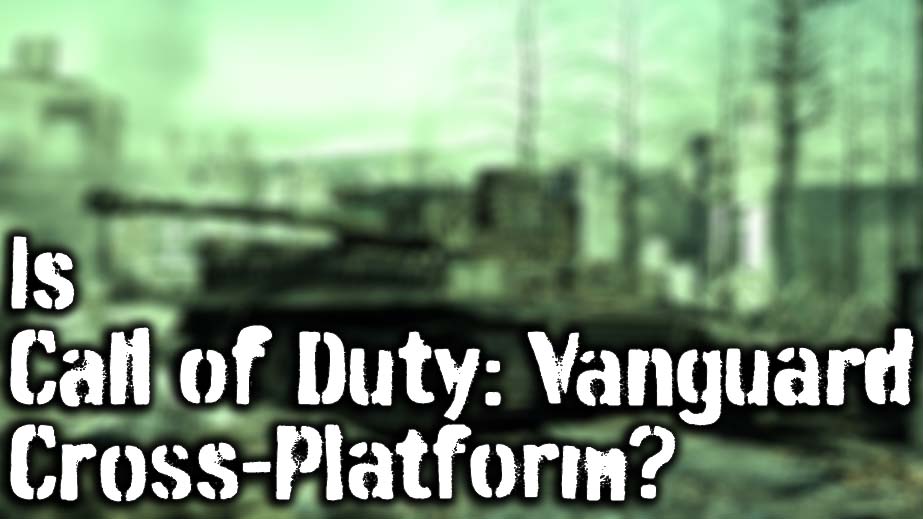 Call of Duty: Vanguard (aka CoD Vanguard) is a first-person shooter game, and it’s the 18th entry in the popular Call of Duty franchise. CoD Vanguard returns the series to a World War II setting.

CoD Vanguard was developed by Sledgehammer Games and published by Activision. The release date is November 5, 2021, and it’s available on several platforms such as PC, Playstation 4, Playstation 5, Xbox One, and Xbox Series consoles.

Being available for so many different game systems, is Call of Duty Vanguard cross-platform? And what about cross-gen and cross-progression?

Put on your dog tag and take a nose dive into the trenches.

Yes, Call of Duty: Vanguard is cross-progression. Everything from your profile, in-game progression, and digital content (such as skins) is available to you from any platform if you log in on the same Activision account.

Can I play CoD Vanguard on PS5 without the disc if I upgrade?

Unfortunately, if you own the PS4 standard edition of CoD Vanguard and upgrade to the digital version on PS5, you still need to have the disc inserted.

That means you can’t give the disc to a friend and play together from the upgraded digital version because it’s essentially the same licensed version of the game.

For both Xbox and Playstation, this also means that physical editions of the game (including upgrades) can’t be played on a disc-less version of PS5 or Xbox Series X.

What is Call of Duty: Vanguard. – A quick overview.

You’ll be playing missions in the Pacific, the Western Front, the Eastern front, and North Africa. The narrative focuses on untold tales of multinational heroes who acted as special forces and turned the tide of the war.

Check out Is Call of Duty: Warzone Cross-Platform?

Call of Duty: Vanguard has a large single-player campaign and a robust multiplayer mode.

Vanguard’s multiplayer mode is launching with 20 maps. Sixteen maps are for the core game, while four are reserved for a new game mode called Champion Hill. This mode is essentially a two-on-two arena fighting mode.

The rest of the experience will be the Call of Duty multiplayer that players have come to love. There are a few differences to matchmaking to note, though.

Players can choose the intensity and pacing of the games that will pop up in matchmaking. You can choose from tactical, assault, and blitz, with each option favoring certain types of multiplayer matches.

See if Call of Duty: Modern Warfare is cross-platform.

So are there Zombies in CoD Vanguard? Of course, there are!

Call of Duty Vanguard stays true to the popular story arc about the Nazi Zombies and Dark Aether, which we know from other CoD games.

What platforms are Call of Duty: Vanguard Available For?

Call of Duty: Vanguard is available for:

If you purchase The Cross-Gen Bundle from the start, you’ll get a license to play both PS4/PS5 or Xbox One/Series X|S. That means if you upgrade your platform from fx a PS4 to PS5, the game will already be available without purchasing an additional upgrade.

The same is true for the Digital Ultimate Edition, though this also gives you further things such as Battle Pass, skins, and more on both PC and consoles.