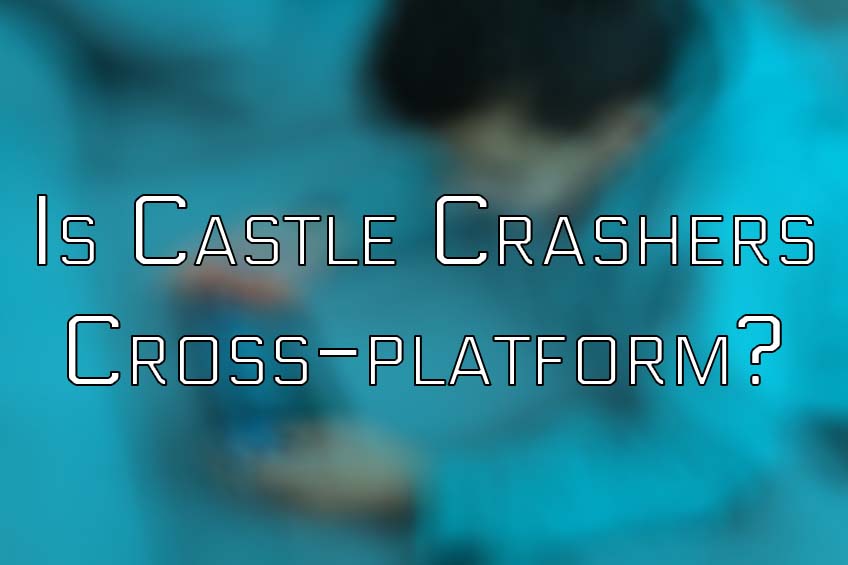 Castle Crashers is a multiplayer hack-and-slash game by indie game developer The Behemoth.

The game is also multiplatform, i.e., it is available for PC and consoles.

So is Castle Crashers cross-platform?​

Castle Crashers isn’t true cross-platform, which means that if you’re on a PC or Mac, you can’t play together with consoles and vice versa. However, players on Microsoft Windows can play together with friends on macOS. Also, the game’s original version is backward compatible with Xbox One, so you can play with Xbox 360 users. Castle Crashers Remastered only supports crossplay between PC and Mac and isn’t backward compatible.

So you see, it is a bit complicated and depends on what version you’re playing.

Also, check out Is Brawlhalla cross-platform?

What is Castle Crashers? – A quick overview for noobs.

Castle Crashers is a popular co-op beat ’em-up game released on the Xbox 360 in 2008. It was a popular title on the Xbox Live Arcade during this time, and the game would eventually be ported to the PlayStation 3 in 2010.

Eventually, the game was remastered with 60 fps, updated visuals, performance improvements, and a new multiplayer mode called Back Off Barbarian. It’s a game that is easy to pick up and play with a lot to offer fans of the beat them up genre.

The story of Castle Crashers involves an evil wizard stealing multiple princesses from the king’s castle. You play as one of many knights tasked with saving these princesses from captivity.

During the game, you’ll be making your way around the world map battling foes, and freeing the princesses. It’s a pretty basic plot, but the story’s appeal lies in the humor and the charming way it’s presented.

Standard beat ’em-up gameplay is what Castle Crashers is all about. You have a light attack, a heavy attack, the ability to jump, a block button, and magic that you can cast.

As you continue to play, you’ll level up and get stronger. You also find new weapons with better stats, making it easier to dispatch tougher enemies.

It should also be noted that you get to choose from many different characters. You can pick from one of several knights at the beginning of the game, but you unlock various new characters as you go, including enemies you face in the story.

It can be fun trying to unlock and see everything this title offers. The gameplay is pretty simplistic, but this makes it easy to enjoy it with friends.

You can play this title with up to three friends as you journey to save the princesses and the entire realm. Local co-op is possible, but you can also play online.

Aside from the standard game mode, there are also some mini-games that you can take part in. These mini-games aren’t anything to write home about, but they might be a fun diversion for some.

Check out the best idle clicker games for PC, mobile, and consoles.

​What platforms are Castle Crashers available for?

Castle Crashers is available for: