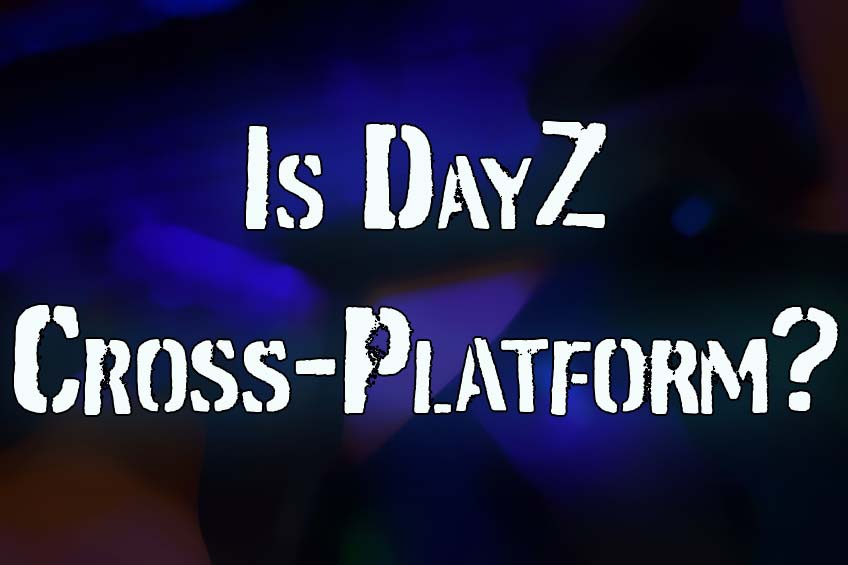 DayZ is a zombie survival hybrid MMORPG that is available for PC and consoles.

Being both multiplayer and multiplatform, many players have been wondering if DayZ is cross-platform.

Unfortunately, DayZ isn’t cross-platform, meaning there’s no crossplay between PC, PlayStation (PS4 and PS5), or Xbox (One and X/S). However, DayZ does support cross-gen play through backward compatibility. That means that PS4 and PS5 users can play on the same PlayStation servers, and Xbox One and Xbox X/S can play together on the same Xbox servers.

Here are the answers to some other common questions about DayZ:

Is DayZ online only?

DayZ is designed as an online-only game. However, you can launch the game as a LAN game if you prefer (see the next FAQ about single-player for more info).

Is DayZ a single-player?

DayZ is designed as an MMO, which means it isn’t a single-player game. If you want to mess around and explore the world as a single-player, I recommend you try the DayZCommunityOfflineMode mod. This mod is also useful for setting up DayZ as a LAN game.

Well, there was an official DayZ battle royale mod called Survivor GameZ. But it seems to have disappeared. I don’t know if it will ever come out of alpha.

Is DayZ split-screen on PlayStation or Xbox?

The Arma II DayZ mod is free on Steam, but you have to pay for DayZ and DayZ Livonia.

Does DayZ support a keyboard and mouse on PS4 and Xbox?

Yes, you can play DayZ with a keyboard and mouse on PS4, PS5, Xbox One, and Xbox Series X/S.

What is Mini DayZ 2?

Mini DayZ 2 is a 2D pixel art game for Android and iPhone. It’s not compatible with DayZ.

You can play DayZ as VR using 3rd-party apps like Virtual Desktop. However, it’s not officially supported and not recommended.

Grab your gear and see if you can survive the answer.

You might also enjoy Is Back 4 Blood Cross Platform?

DayZ is a zombie survival game where players are tasked with surviving during a zombie outbreak. It was developed and published by Bohemia Interactive. The game was released on PC in 2018 and then released on consoles in 2019.

Interestingly, DayZ started as a mod for a game called ARMA 2, but it turned into a full-blown game in its own right.

The story of DayZ takes place in a fictional area known as Chernarus. This area used to be part of the Soviet Union in the game’s lore.

A virus infects the population and turns many people into zombies. Survivors are now forced to survive by finding enough food and water while fighting off the zombies when necessary.

Also, you should check out Vigor, another survival game – but without zombies.

As a survival game, this title is mostly focused on finding resources and staying alive. You will fight enemies, but your main goal isn’t killing zombies.

You want to get what you need to stay alive and keep yourself safe. DayZ is both PvP and PvE.

It resembles other survival zombie games like fx 7 Days to Die.

During the game, you’ll be looking for basic things you need to survive, but you might also find more powerful weapons that will make it easier to manage against the zombies.

When you get hurt, it’ll be necessary to find bandages to stop the bleeding. If you’re carrying items, they can be damaged if you get hit.

It’s crucial to avoid conflict or do what you can not get hit when you’re fighting.

Like the original Chernarus map, the Livonia map is huge! It spans 163 km², and up to 60 players can join a single server simultaneously.

What platforms are DayZ available for?

DayZ is available for: