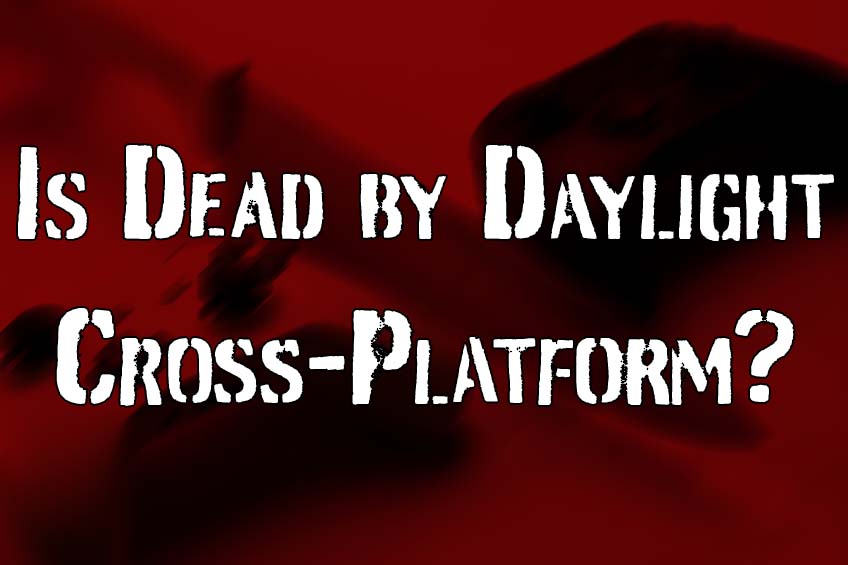 DBD is multiplatform and available for PCs, multiple consoles, and smartphones.

So is Dead by Daylight cross-platform? Is it possible to crossplay with friends between PC, consoles, and mobile?

Yes, Dead by Daylight is cross-platform and cross-gen between PC and consoles. You can cross-play with friends (and foes) on PC, PS4, PS5, Xbox One, Xbox Series X/S, PC, and Nintendo Switch. However, you can’t cross-play with the Android and iOS versions of DBD if you’re on a PC or console. But luckily, DBD supports cross-play between Android and iOS, which means mobile players can play DBD together.

What the heck is a Steam Yellow Name, and how do you get one?

Here are the answers to some common questions about DBD:

​Does Dead by Daylight support cross-progression?

Yes, Dead by Daylight supports cross-progression. This means you can cross-save your game, allowing you to synchronize your progression, inventory, DLCs, skins, and more across platforms.

To enable cross-progression, all you have to do is create a Behavior account.

Note: you can only link one account per platform, though.

Is Dead by Daylight scary?

While some get a kick out of horror games and movies, others find them too scary. If you find the common horror tropes of serial killers, jump scares, and gore frightening, then DBD is scary!

Yes, DBD is worth it if you love horror games. Dead by Deadline is a fun game and still very much alive (pun intended!).

What does cross-platform mean?

Cross-platform means you can play a video game with other players on a different platform than yourself. So fx if you have a PC running Microsoft Windows, you can play with platforms such as PlayStation or Xbox. Cross-platform is sometimes also known as crossplay.

What does cross-gen mean?

Cross-gen is an abbreviation for cross-generation and means that last-gen consoles can play together with current or next-generation consoles.

What does cross-progression mean?

Check out how to share your Steam games library with friends and family.

​What is Dead by Daylight? – A newbie overview.

Dead by Daylight is an asymmetrical survival horror game developed by Behaviour Interactive. It was initially released on PC in 2016, then it was ported to the Playstation 4 and Xbox One in 2017.

A Nintendo Switch version of the title was released in 2019, and a mobile phone version of the game followed in 2020. It was recently brought to Playstation 5 and Xbox Series consoles as well.

The story in DBD is about a supernatural being known as “The Entity” that has awakened. This being summoned many killers and pulled them into reality to do its bidding. It demands that these killers hunt down survivors that will serve as sacrifices to this evil being.

The survivors in question get pulled into The Entity’s world if they get too close to the areas where the killers came from.

As you can likely tell, the lore in this game is pretty out there. You can learn bits and pieces about the game just by playing, but it doesn’t have a traditional story mode. This is primarily a multiplayer game where four survivors will be tasked with surviving against one killer.

Playing this game will see you as either a survivor or a killer. Survivors come in groups of four, and they’re supposed to try to get away from the killer and stay alive for a set time.

There will only be one killer, but the character is far more powerful than any survivor. It’s an asymmetrical horror experience that will be more fun if you play with a group of friends ready to have fun with the concept.

In that sense, DBD is similar in gameplay to games like L4D, L4D2, Back 4 Blood, and Evolve.

Check out how to hide Steam games you don’t want your friends to see.

Since its initial release, Behaviour Interactive has released numerous DLCs containing new maps and characters. Many feature licensed killers and survivors from other video games and movie franchises.

Here is a list of the video game characters:

DLCs are available to purchase through Steam or the in-game shop introduced in the 2.0 update called Curtain Call.

The three DLCs, The Last Breath, Left Behind, and A Lullaby for the Dark, are free.

You might also enjoy Is The Division 2 Cross Platform?

​What platforms are Dead by Daylight available for?

Dead by Daylight is available for: