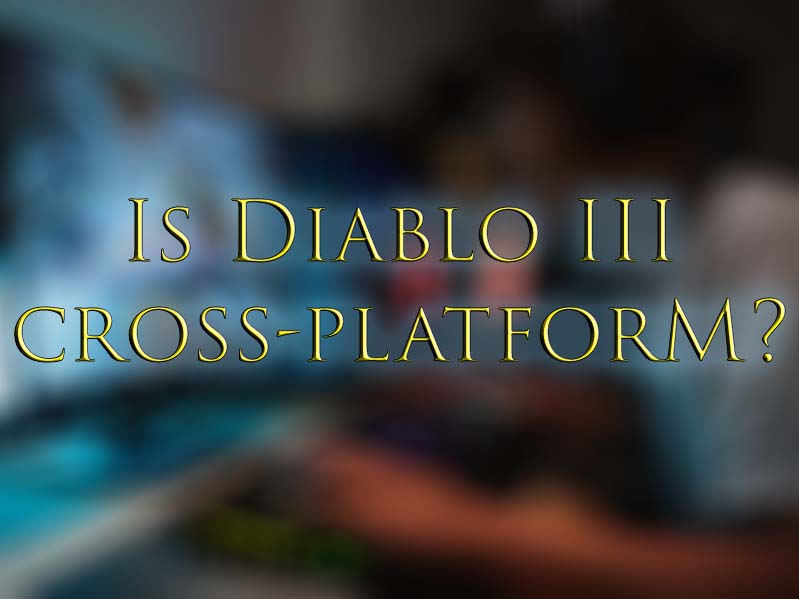 Diablo III (aka Diablo 3) is an asymmetric role-playing game with hack-and-slash elements released for PC in 2012 and later ported to Xbox and PlayStation. It can be played as both single-player and multiplayer.

So, speaking of multiplayer, is Diablo 3 cross-platform?

Diablo 3 isn’t cross-platform, meaning you can’t crossplay with players not on the same platform, i.e., PC, Xbox, PS, or Switch, as yourself. However, Diablo 3 does, to some extent, support cross-gen play through backward compatibility between PS5 and PS4 and between Xbox Series X/S and Xbox One.

Check out the best mods for Jurassic World Evolution.

Here are the answers to some common questions about Diablo 3:

So is Diablo 3 cross-generation?

The short answer to this question is both yes and no. It depends on the platform. Let’s break it down:

​What does cross-gen mean?

Cross-gen stands for cross-generation, meaning gamers on last-gen consoles can play with current or next-generation consoles.

Check out the guide to the best idle clicker games.

No, there’s no cross-progression on Diablo 3 in the classical sense of the word.

However, you can play the PvP mode Brawling with your character’s upgrades.

Also, if you upgrade your console to a later generation, you can transfer your progression save to the newer console by following these official steps.

​What does cross-progression mean?

Will Diablo 3 ever get cross-platform?

It’s always difficult to predict the future, and we saw Overwatch (also from Blizzard) get cross-platform after several years of waiting. So who knows? As of now, though, it’s highly unlikely that we’ll ever see true crossplay for Diablo 3.

​What does cross-platform mean?

Cross-platform means you can play a video game with other players on different platforms than yourself. So if you play a game on PC, you should be able to with friends who own an Xbox and vice versa. Cross-platform is sometimes also known as crossplay.

Into old-school role-playing games? Check out this guide Herbs in OSRS.

Diablo 3 is a role-playing game with hack-and-slash gameplay. It was developed by Blizzard Entertainment, and it was released for PC in 2012.

The game was ported to Xbox 360 and Playstation 3 in 2013, and it came to Playstation 4 and Xbox One a year later. A Nintendo Switch version of the game came out in 2018.

Did you know you can share your Steam game library with family and friends?

The plot of Diablo 3 takes place 20 years after the events of Diablo 2. You’ll start the game in the town of New Tristram, and you’ll be tasked with investigating a mysterious star that fell and struck the Cathedral.

A deep crater appeared where the star fell, and an important series character named Deckard Cain disappeared into it.

The story progresses as you discover why this event happened, and you’ll also learn a lot more about the enemies you’ll be fighting along the way.

Diablo 3 follows the traditional asymmetric role-playing game formula established in Diablo and Diablo 2. You’ll cut through enemy hordes as you seek to find treasure, complete objectives, and get stronger.

All the while, you’ll be learning more about the story of the game as you get closer to your goals. Of course, you also have many different character types to choose from.

It gives the game some replay value even once you’ve finished it the first time. You can also team up with friends to play this game online or through a local co-op.

In 2013, Blizzard added a limited form of Player-versus-Player combat to Diablo 3 called Brawling. It’s a simple and free arena where you can battle it against other players. Two or four players can battle each other and bring all the gear and upgrades they’ve collected from the main storyline.

Blizzard has released two expansions for Diablo 3. They are:

​What platforms are Diablo 3 available for?

Diablo III is available for:

Although not officially supported, you can play Diablo 3 on Linux using Wine with the 32-bit client.