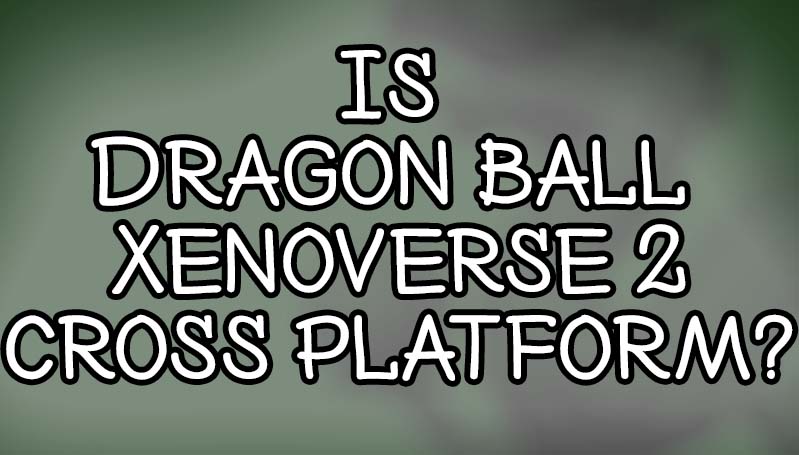 I’ve loved fighting games since I played titles like International Karate and Bruce Lee on the Commodore 64.

Later, games like International Karate+ and Street Fighter II on the Amiga 500 and Virtua Fighter (which I still prefer over Tekken!) caught my interest.

But lately, manga-inspired fighting games – such as those from the Dragon Ball universe – have caught my interest.

Dragon Ball Xenoverse 2 (aka DBX2 or DBXV 2) is an interesting game you can play online with friends. It’s a fighting and role-playing game where you’ll improve your character.

This isn’t a standard one-on-one fighting game like Street Fighter. You will be tasked with exploring environments, fighting multiple enemies, tackling boss characters, and working with other Dragon Ball fighters.

The game is available for multiple platforms, which begs the question, is Dragon Ball Xenoverse 2 cross-platform?

Check out the best couch co-op games on Xbox.

Here are the answers to some other common questions about Dragon Ball Xenoverse 2:

You can get a free Lite (Trial) version of Dragon Ball Xenoverse 2. You’ll get online matches, all the content from the Hero Colosseum, and the first five episodes from the campaign story mode.

​Is Dragon Ball Xenoverse 2 online only?

Ready your Super Kamehameha and find out now.

Check out the best couch co-op games for PS4 and PS5.

What is Dragon Ball Xenoverse 2? – A beginners’ introduction.

In Dragon Ball Xenoverse 2, you will take control of a custom fighter you create in the Dragon Ball universe.

You’re part of an elite force of warriors that protects the timeline from threats. Evil beings are out there threatening to change history and ensure that the good things from Dragon Ball Z never happen.

You’ll be stepping in to defeat many iconic villains from Dragon Ball Z, and there are also villains from the movies, such as Lord Slug.

Read more on crossplay in Brawlhalla.

Dragon Ball Xenoverse 2 is a lot of fun when you have friends who want to play with you. There is a big hub world where many other players hang out with their custom characters.

From there, you can fly worldwide and go on missions or visit shops to buy items. You can invite friends to do missions with you, and you’ll get stronger as you continue to fight.

The fighting in this game plays mostly like a fighting game, but it has a distinct Dragon Ball Z twist.

You’re a powerful warrior capable of flying and shooting ki blasts at foes. Keep playing, and you’ll learn stronger techniques, and you might even be able to go Super Saiyan if you choose to play as a Saiyan character.

There’s a lot to do in this game, and it’ll take some dedication to see everything it offers.

What platforms are Dragon Ball Xenoverse 2 available for?

Dragon Ball Xenoverse 2 is available for: