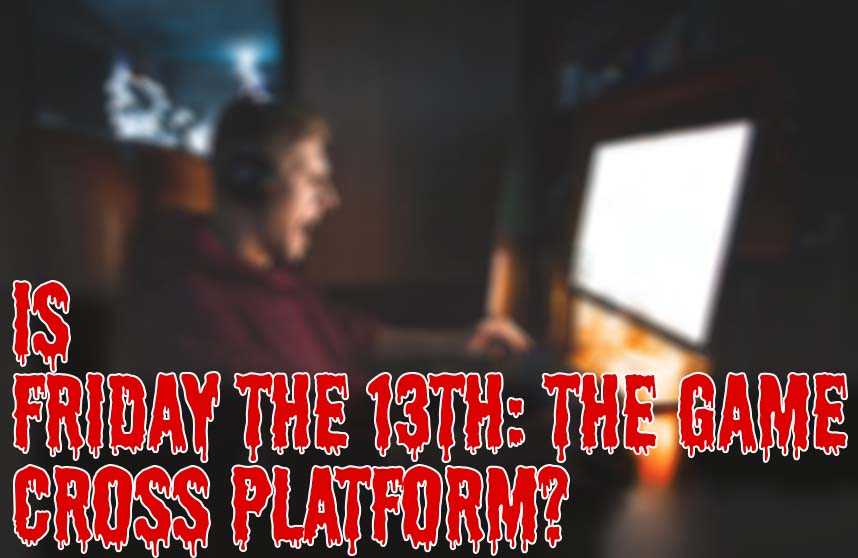 Friday the 13th: The Game from 2017 is a multiplayer survival horror video game. It’s a licensed game where players will be tasked with surviving against Jason Vorhees from the Friday the 13th film franchise.

There are various iterations of Jason that you can go up against, and you’re going to take the role of a camp counselor who wants to make it out alive.

To survive, you will need to work with the other camp counselors to run away and try to contact help before everyone gets taken out.

Being a multiplayer game raises the question, is Friday the 13th cross-platform?

No, unfortunately, Friday the 13th isn’t cross-platform. That means you can’t crossplay with friends on consoles if you’re running Friday the 13th on Microsoft Windows and vice versa. The game is cross-gen through backward compatibility allowing players within the same console platform to play the game together.

Into survival horror? Check out crossplay in The Forest.

Here are the answers to some other common questions about Friday the 13th:

Is Friday the 13th dead?

No, Friday the 13th: The Game isn’t dead, but the official servers have been shut down due to licensing issues. However, you can still play the game online through peer-to-peer matchmaking.

​Is Friday the 13th cross-progression?

No, Friday the 13th isn’t cross-progression, which means the game doesn’t support cross-save between different platforms.

Since Friday the 13th: The Game is mostly a multiplayer title, it doesn’t have much story content.

You’ll be controlling either a camp counselor or Jason Vorhees. Only one player controls Jason, and they will be far more powerful than all camp counselors combined.

The camp counselors are just having a normal night when Jason shows up to try to eliminate all of them, and they will have to try their best to survive the night.

See if Killing Floor 2 is cross-platform.

Friday the 13th is all about the multiplayer gameplay experience. You’ll take the role of a counselor or as the ultimate horror movie villain. This means it’ll either be a survival game or a video game version of a slasher movie.

As Jason, you’ll be tasked with taking out every camp counselor before they can escape.

Playing as a camp counselor will mean trying to contact the police and attempting to get what you need to get a car started so that you can escape. This involves gathering certain things that you’ll need to make it possible to get away from Jason.

You’ll have to run away from Jason, who can easily eliminate camp counselors with just a few attacks.

Camp counselors can do some other things to try to turn the tide, though. Finding Jason’s mom’s sweater can temporarily stun Jason, but it can only be worn by a female counselor.

Also, some players might be able to respawn as a hero character known as Tommy Jarvis. He comes with a weapon that can make a dent in Jason, and it is possible to kill Jason if enough damage is done to him.

​What platforms are Friday the 13th available for?

Friday the 13th is available for: