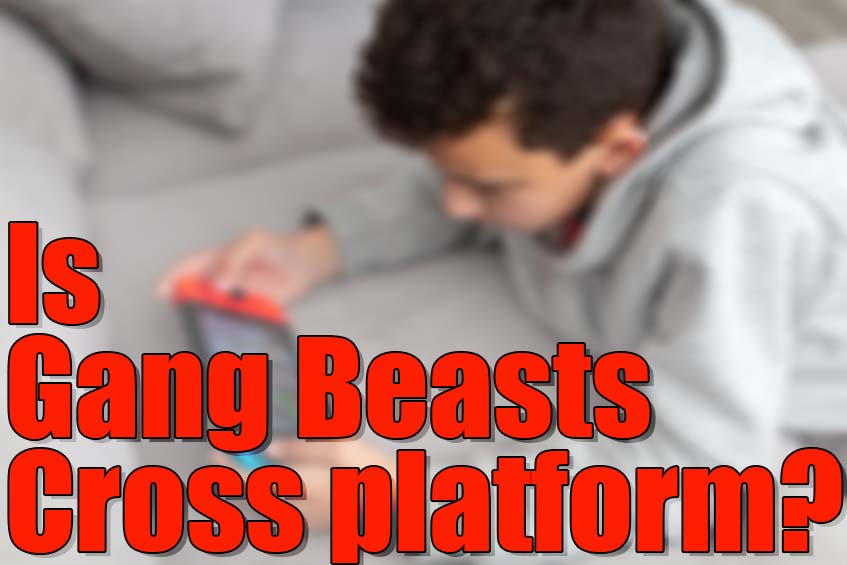 Gang Beasts is a brawler party game developed by Boneloaf and Published by Double Fine Studios in 2017.

As of 2020, Boneloaf is the publisher of this title after Double Fine Studios was acquired by Microsoft.

This title was a surprise hit partly due to Twitch streamers enjoying the game. It features beat ’em-up gameplay and hilarious physics.

So is Gang Beasts cross-platform?

Into brawling games? Check out the crossplay options in Brawlhalla.

Here are the answers to some other common questions about Gang Beasts:

​Is Gang Beasts on Switch?

Yes, Gang Beasts is a local multiplayer experience. It’s not split-screen, as you’ll share the same screen. So plug in the controllers and get fighting.

​How many players can play Gang Beasts together? [Local and online]

​What the heck is Gang Beasts? – A quick overview for new players.

Gang Beasts is a popular title based purely on the multiplayer gameplay experience. There is no story mode and no lore to speak of, either.

It’s a game where you control a character who fights other characters in funny ways. Players compete against each other to be the last man standing in various arenas.

While this might seem pretty standard at first glance, some things set it apart from other competitive beat ’em up games.

Many of the environments you play in are hazardous, and you’ll be fighting in the fictional place, Beef City. To win against opponents, you’re going to punch and kick people until they get knocked out.

When a character gets knocked out, it’s time to try to throw them off the environment. You’ll attempt to throw them into some stage hazard to eliminate them from the match truly.

Players can try to hang on, and they can also fight back to try to get released from their clutches. It’s a game that will garner many laughs, and it’s even fun to play against people who don’t know much about video games due to its simple concept.

Also, check out if Castle Crashers is cross-platform.

​What platforms are Gang Beasts available for?

Gang Beasts is available for: