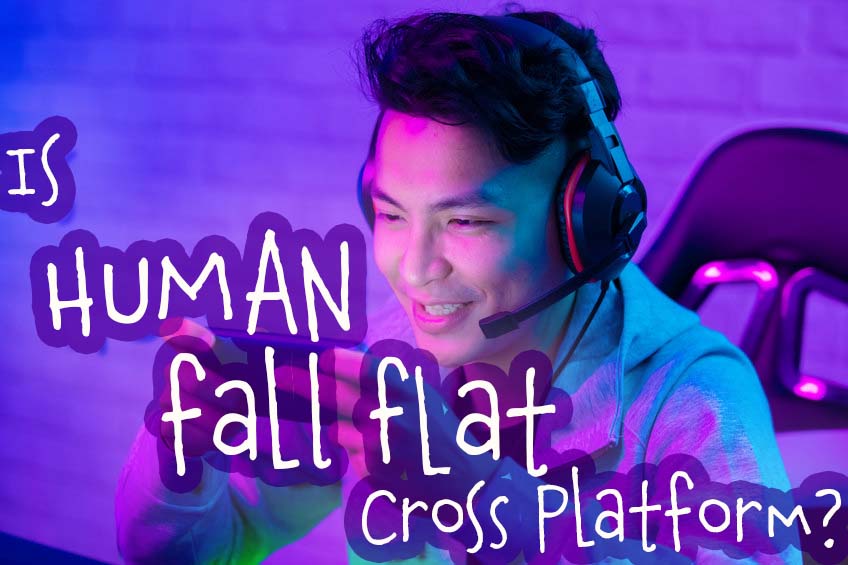 Human Fall Flat (aka HFF)is a 2016 puzzle platforming game developed by No Brake Games and published by Curve Digital.

The game has had great commercial success selling over 30 million copies across multiple platforms. This is a funny physics-based game that has a lot to offer players.

The title was updated so it can be played online with up to eight players, but you can still play it solo as originally intended if you prefer.

So that begs the question, is Human Fall Flat cross-platform?

Into streaming? Check out the best capture cards for PS5.

Tumble your way below and see the answers to common questions about Human Fall Flat:

Yes, you can play Human Fall Flat as local couch co-op with up to 2 players. You can also host a lobby for online (private or public) multiplayer with up to 8 players

Yes, you can play Human Fall Flat as a local couch co-op split-screen with up to 2 players.

Check this guide to the best Xbox couch coop games.

​What is Human Fall Flat? – A quick overview.

In Human Fall Flat, you control a customizable avatar character who needs to solve puzzles. Each of the puzzles takes place in some floating dreamscape.

Your goal is to find the exit in each level using your intelligence and understanding of the game’s controls.

You’ll be solving puzzles and platforming your way to the exit in each stage. Sometimes, there will be physics-based puzzles that you’ll need to solve.

Enjoy casual games? Read more about Golf With Your Friends.

You might also need to make jumps that require a bit of skill. The game is about finding the exit to each level; your character can grab objects and climb up ledges with its arms.

A lot of the fun in this game involves just playing around with the physics, and seeing the various character animations can be very entertaining.

Some players choose to play around instead of focusing on solving the puzzles. If you wish to conquer the game, you’ll have to use your wits, but you’ll undoubtedly have fun along the way.

Check this guide to the best PlayStation couch coop games.

​What platforms are Human Fall Flat available for?

Human Fall Flat is available for: