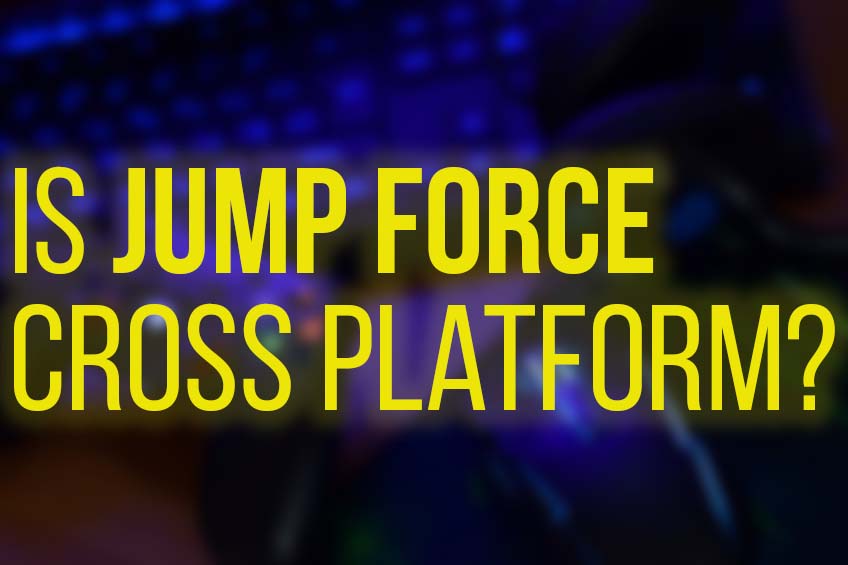 Jump Force is a 2019 game developed by Spike Chunsoft and published by Bandai-Namco. This crossover fighting game features popular characters from many Shonen Jump manga series.

The title could be considered a celebration of the 50th anniversary of Shonen Jump. Being able to play so many different iconic characters from manga history gives this game a unique appeal.

The game is pretty much dead by now.

So was Jump Force cross-platform?

No, Jump Force wasn’t cross-platform, but the game had cross-gen through backward compatibility.

Into fighting games? Check out this post on Brawlhalla instead.

Here are the answers to some other common questions about Jump Force:

Yes, Jump Force is dead. The game was delisted on February 7, 2022, and the online servers were shut down in August.

However, if you’ve purchased the game before that day, you can still enjoy Jump Force modes such as peer-to-peer multiplayer, single-player, and any DLCs you’ve purchased.

​What was Jump Force? – A quick overview.

In Jump Force, the real world has collided with various Shonen Jump universes. Humanity is being invaded by a mind-controlled army known as Venoms. Humanity fights back by seeking heroes to join the Jump Force.

There’s also a mysterious individual in the background attempting to steal an artifact that can merge all the worlds into one.

There are other characters in the game, such as Piccolo, Gaara, Vegeta, Sasuke, and many others. You’ll see how this tale unfolds as you jump in to defend the world as the Jump Force.

At its core, Jump Force is a standard one-on-one fighting game. You control one character at a time, but you have a team of three characters available to you.

Characters you aren’t using at the time will be used as support instead. You move around a 3D space fighting opponents using combos and special moves.

As in most fighting games, the match will end when you deplete your opponent’s life meter, or yours is depleted by the opponent. You can switch characters when necessary.

Defeat all of the members of the opponent’s team to declare victory. You’ll have fun trying out the various characters since they all have their special moves and combos.

​What platforms are Jump Force available for?

Jump Force is available for: