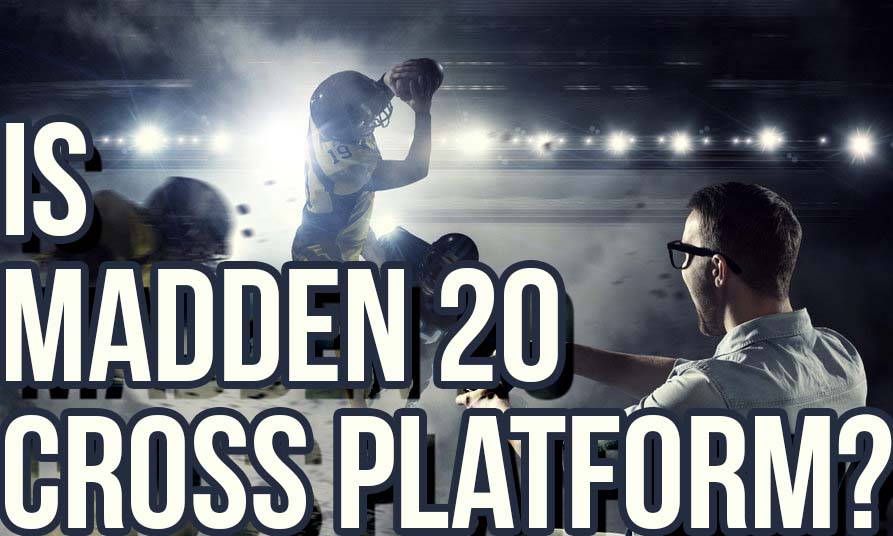 Madden 20 is an NFL football video game that came out on August 2, 2019. This title features Patrick Mahomes as the cover athlete.

It was developed by EA Tiburon and published under the EA Sports label. Madden 20 is available on PC, Playstation 4, and Xbox One.

So does Madden 20 offer cross-platform play?

Madden 20 isn’t cross-platform, but the game is cross-gen through backward compatibility if you launch the right version of the game (see FAQ below).

Don’t be a Monday-morning quarterback! See the answers below.

Madden 20 is cross-gen through backward compatibility, meaning that Xbox Series X/S owners can crossplay Madden 20 with Xbox One owners. Likewise, PS5 players can play Madden 20 together with PS4 players.

But, and that’s a big but, you need to make sure you play the PS4 or Xbox One versions of the game through backward compatibility. If you launch the native PS5 or Xbox Series X/S version of Madden 20, you won’t have cross-generation crossplay available!

Yes, you can play Madden 20 as local couch multiplayer with up to 4 players.

No, Madden 20 isn’t split-screen as you’ll share the same screen as in, for example, FIFA 22.

Also, check out this article on Madden 21.

There is a story mode in Madden 20 where you create a quarterback and play through the college playoff series. Then you perform at the NFL combine before being invited to participate in the NFL draft.

In this game, leaving college early can potentially hurt your performance in the draft. Doing poorly in the combine could also lower your chances of getting drafted high.

The gameplay in Madden 20 is very smooth and what you might expect from the long-running sports franchise. You’ll be able to take control of your favorite NFL teams and play in many different game modes.

You can start a season and monitor every aspect of the football team if you want to do that. It’s also possible to invite friends to play games online if you’re looking for some competition.

​What platforms are Madden 20 available for?

Madden 20 is available for: