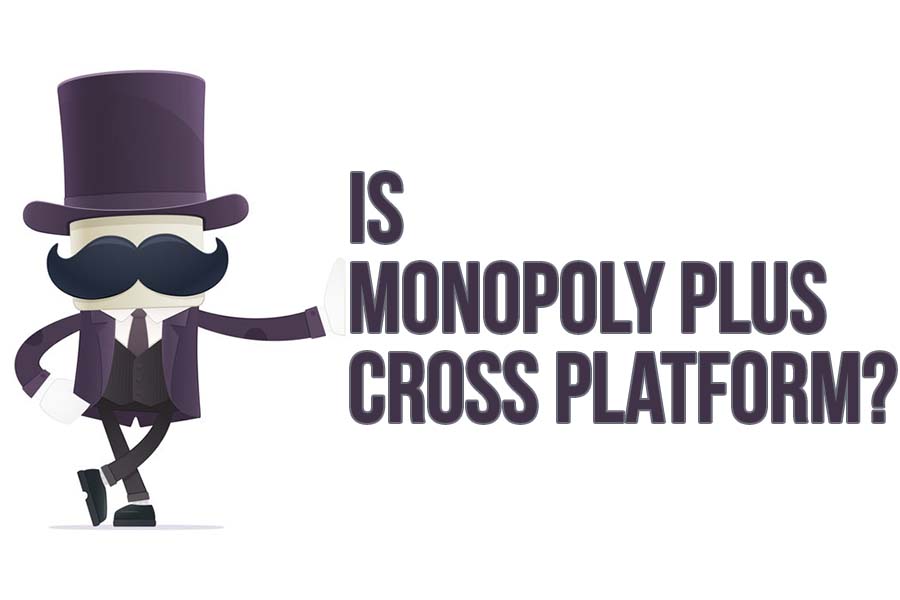 Monopoly PLUS is a video game version of the classic board game Monopoly. It was released on November 25, 2014, on platforms such as Playstation 3, Xbox 360, PC, Playstation 4, and Xbox One.

The game has since been ported to the Nintendo Switch as well. This is a great way for families and friends to sit down and play Monopoly together when they don’t want to bust out the board game version and set things up.

You can also play the game online against other players.

So is Monopoly PLUS cross-play?

Monopoly PLUS isn’t cross-platform, meaning you can’t cross-play with friends on platforms other than yourself. But the game is cross-gen through backward compatibility.

Do you play Minecraft? Check out this guide to transport systems in MC.

Get your inner capitalist ready for more answers below.

​Is Monopoly Plus cross-progression?

Monopoly Plus is only cross-progression between Ubisoft+ and Amazon Luna.

How many players can play Monopoly Plus at a time?

Monopoly Plus supports between 1-6 online players at a time.

Can you play Monopoly Plus as mixed local and online coop multiplayer?

No, you can’t play Monopoly Plus with a combination of fx two local players local against other players online.

It’s probably so that the two players in the same room can’t cheat and make an alliance against the others online.

If you’re going to play more from the same location, each player will need their console or PC.

Into fighting games? Check out this article on Brawlhalla.

​What is Monopoly PLUS? – A quick overview for new players.

Playing Monopoly PLUS is a convenient way to play Monopoly with friends and family members.

You won’t play through a story mode when you start Monopoly Plus. There are a few game options and modes, but this is a standard Monopoly game.

As such, it’s about the fun you create while playing the game. You’ll be trying to make your friends and family members go bankrupt to be the last real estate mogul standing in this video game version of the classic board game.

You can also play with others online if you don’t have anyone else to play with or if you’re seeking greater competition.

Players can choose avatars based on the classic Monopoly pieces they choose in the board game. You’ll go around the board buying up properties to make money and take cash away from other players.

Eventually, players are going to land on spaces that are owned by the other players, and they’ll have to pay rent or a toll for landing there. When a player completely runs out of money, they will go bankrupt and be eliminated from the game.

You can play this game with multiple people, but you could choose to play solo against computer opponents if you’d like to as well.

​What platforms are Monopoly PLUS available for?

Monopoly Plus is available for: