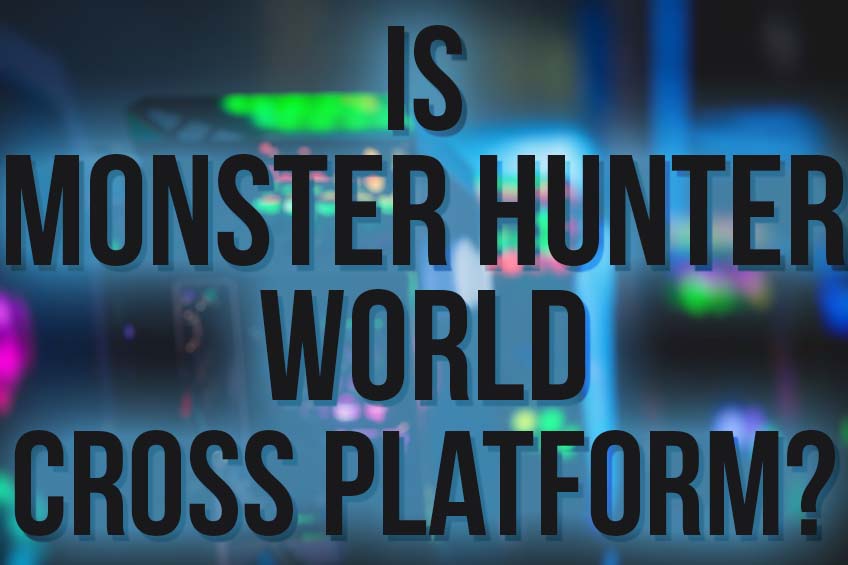 Monster Hunter World is a role-playing action title released in 2018 for Playstation 4, Xbox One, and PC. It’s the fifth mainline entry in the Monster Hunter franchise.

You’ll play the role of a skilled hunter tasked with hunting down various monsters. You’ll get better gear and become stronger as you take on more powerful monsters in this addictive RPG.

Monster Hunter World is also an online game that can be played cooperatively with friends. If you need assistance, you can team up with your friends to take on particularly tough monsters.

So that begs the question, is Monster Hunter World crossplay?

See the guide to the best MMO mouse to buy today.

Grab your favorite weapon and go hunting for the answers below.

No, Monster Hunter World isn’t an open-world game. It’s still a quest-based game, and you can’t just roam freely as you can in fx Skyrim or The Elder Scrolls Online.

The story isn’t always the main focus in Monster Hunter titles, but this title has a rather interesting narrative.

You’ll learn more about the characters and the world as you go through the game.

The research commission summoned your player character to learn more about the new world.

The main focus of the investigation is to study elder dragons, and you’ll see many events unfold as you continue to make your way through the story content in this title.

Prefer to hunt wildlife instead of monsters? Check this article on Hunter: Call of the wild.

As in all respectable role-playing games, you’ll be able to customize a character and decide what type of weapons you’d like to use.

The different weapons in this game control very differently, and it’s important to pick a weapon that makes sense for the type of play style you’re going for.

The gameplay loop involves slaying monsters to get materials so that you can make better armor and weapons. You’ll keep doing this as you challenge tougher monsters in the game.

If you enjoy hard games, check out Dark Souls III.

​What platforms are Monster Hunter World available for?

Monster Hunter World is available for: