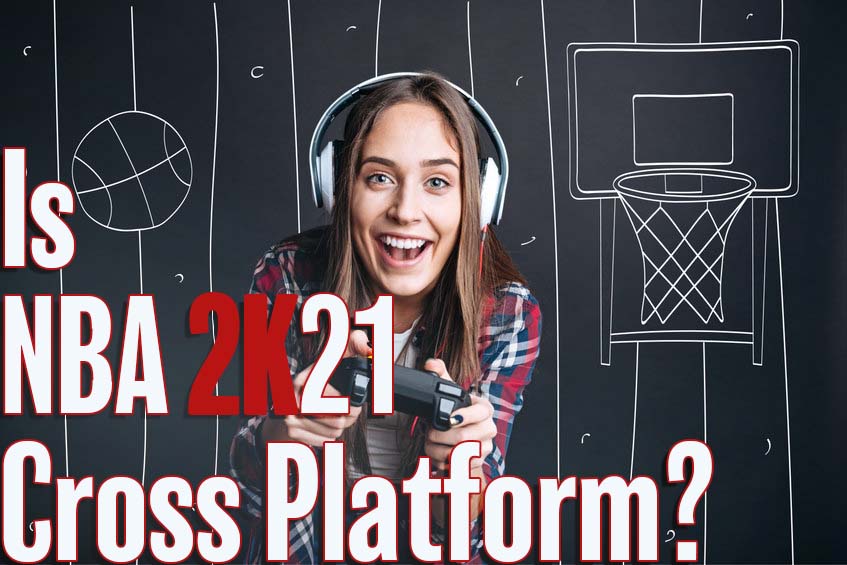 It was released on September 4, 2020, for PC, Nintendo Switch, Playstation 4, Xbox One, and Stadia. The Playstation 5 and Xbox Series console versions came out on November 12, 2020. It is the 22nd installment in the NBA 2K franchise.

You can play online against players from around the world, or you can enjoy playing the season mode as your favorite team in an attempt to win the championship.

So is NBA 2K21 cross-platform?

No, NBA 2K21 isn’t cross-platform. However, the game is somewhat cross-gen (though only through backward compatibility) on Xbox and PlayStation (see more in the FAQ below).

Into soccer? Check out this article on Fifa 22.

Get your three-point feel goal skills up to speed, and see more answers below.

However, NBA 2K21 is cross-gen, though only through backward compatibility and only through buying the Mamba Forever Edition or buying both games separately. That means Xbox Series X/S owners can crossplay NBA 2K21 with Xbox One owners.

Likewise, PS5 players can play NBA 2K21 together with PS4 players. That’s because it’s the same version of the game running on both platforms.

Into American Football? Check out this article on Madden 21.

There is a story mode in NBA 2K21 called MyCareer. This is a mode where you take control of a basketball player and play through their career.

You create your player, and you can choose whether you wish to create a male or female player if playing a next-gen version of the game.

You’ll run workouts and drills to get your player into great shape so that you can improve your attributes.

The gameplay hasn’t changed significantly between this version of the game and the last iteration of NBA 2K.

Despite this, NBA 2K21 is still a solid basketball game that will satisfy basketball fans.

Into fighting games? Check out this article on UFC4.

​What platforms are NBA 2K21 available for?