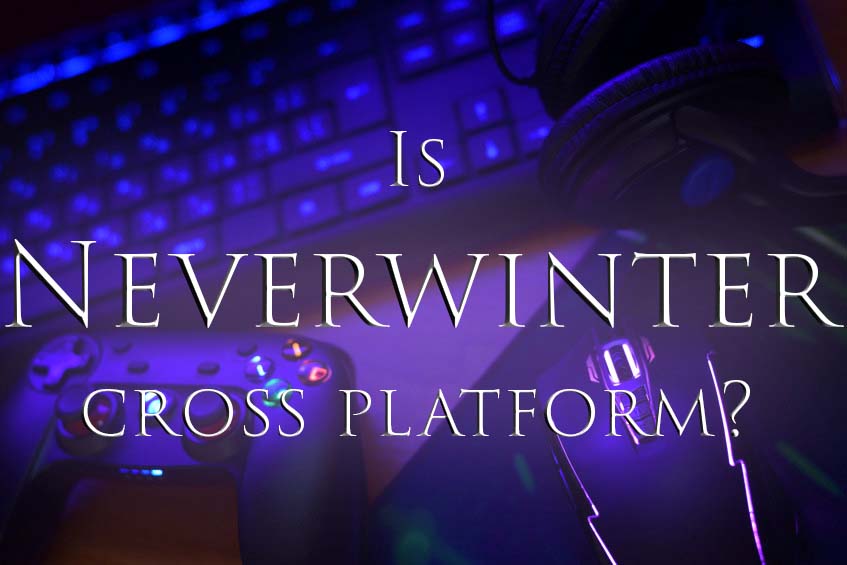 Neverwinter is an MMORPG developed by Cryptic Studios and published by Perfect World Entertainment.

The game is based on the popular Dungeons & Dragons property, so the roleplaying party elements are at the center. It’s also notable that this is considered a standalone entry in the franchise since it isn’t related to any previous Neverwinter Nights games.

So that begs the question, is Neverwinter cross-platform?

Check the guide to the best MMO mouse on the market today.

Here are the answers to some other common questions about Neverwinter:

Neverwinter isn’t cross-progressing, meaning the game doesn’t support cross-saving between different platforms. Also, you can’t transfer any in-game purchases you might have made or any items and characters between any of the supported platforms.

​Does Neverwinter require PS Plus?

No, Neverwinter doesn’t need PS+ and is free to play.

Does Neverwinter have raids?

Yes, Neverwinter does have raids, but they are fairly limited and not really what this game is about. The raid sizes are between 5-25 people depending on the type of raid.

Can you solo in Neverwinter?

Yes, you can solo in Neverwinter. You can even do dungeons as a one-man army if you meet its requirements. Go to the queue tab and change it to a private queue – then you solo the dungeon Rambo style.

Gather your party at the nearest inn and get ready for an adventure.

Playing Minecraft? Check out this guide to transport systems.

​What is Neverwinter? – A quick guide.

The story of Neverwinter takes place in the fictional city of Neverwinter (aka the City of Skilled Hands, aka the Jewel of the North), a famous setting in Forgotten Realms.

The story starts with the city in chaos due to the Lord of Neverwinter disappearing.

There are many citizens and factions in Neverwinter vying for control. Your player character will begin the game investigating Sect Crown of Neverwinter to determine what is going on.

There are many different intriguing plot points that you’ll uncover as you continue to play the game.

Neverwinter allows you to choose between eight different Dungeons & Dragons classes. You can also form groups of up to five player characters.

The game is less about zoning and playing with hundreds of people and more about experiencing a gripping storyline with friends.

You could consider this game an online version of Dragon Age.

The game takes its combat system directly from the Dungeons & Dragons tabletop RPG. And since the Jewel of the North updates on July 27, 2021, the game transitioned from an XP-based level system to the milestone system you might be familiar with if you’ve played D&D since the 5th edition.

Players who enjoy this type of role-playing experience might wind up enjoying Neverwinter.

​What platforms are Neverwinter available for?

Neverwinter is available for: