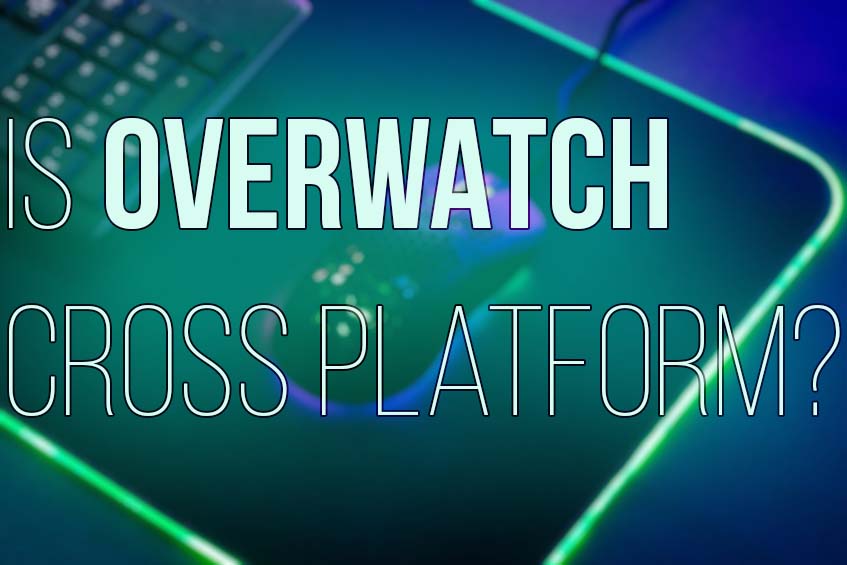 Overwatch is a hero-based team shooter developed and published by Blizzard Entertainment.

This is a first-person shooter where you’ll be part of a team competing against another team online.

So that begs the question, is Overwatch cross-platform?

Yes, Overwatch is cross-platform between PC, PlayStation, Xbox, and Switch, which means that you can crossplay Overwatch with friends on PS4, PS5, Xbox One, Xbox Series X/S, and Nintendo Switch if fx you’re on Windows and vice versa. Also, crossplay is available between all the consoles.

In all cases, console players must create a Battle.net account for crossplay to work (PC players already have one). You’ll then need to link your console game to the Battle.net account. You’ll find the instructions here.

Don’t sit in natural light when streaming: see the guide to best ring lights for gamers.

Whether Tank, Damage, or Support, you can see the answers to some other common questions about Overwatch:

Yes, Overwatch is cross-gen through backward compatibility. That means Xbox Series X/S owners can crossplay Overwatch with Xbox One owners. Likewise, PS5 players can play Overwatch together with PS4 players. Recent patches from the developers have made some improvements to the next-gen versions, such as faster loading times, smoother gameplay, and 60fps.

Also, check out the best settings for Overwatch on PC and console.

​What is Overwatch? – A quick overview.

Overwatch is set 60 years into the future in a fictionalized version of Earth. The game takes place 30 years after an event known as the Omnic Crisis.

Before this crisis, humanity was experiencing a golden age of peace and prosperity. Humans developed robots known as Omnics that turned hostile and attacked during the Omnic Crisis.

The United Nations formed a team of capable heroes to deal with this crisis named Overwatch.

Many things are happening in the background, such as corporate espionage, terrorism, and other threats that could destabilize the world.

This story doesn’t have a major impact on the gameplay, but it’s worth digging into for those who fall in love with the world of Overwatch.

See how to uninstall Overwatch on all platforms.

You’ll be playing as one member of a six-person team and facing off against another six-person squad online. Some characters fill certain roles in the game, such as attackers, tanks, and healers.

You want to have a well-balanced team so that you can deal with threats accordingly and come out on top.

There are different game modes in Overwatch, but many maps will task you with controlling certain points to score points or trying to escort a payload to a specific point on the map.

​What platforms are Overwatch available for?

Overwatch is available for: