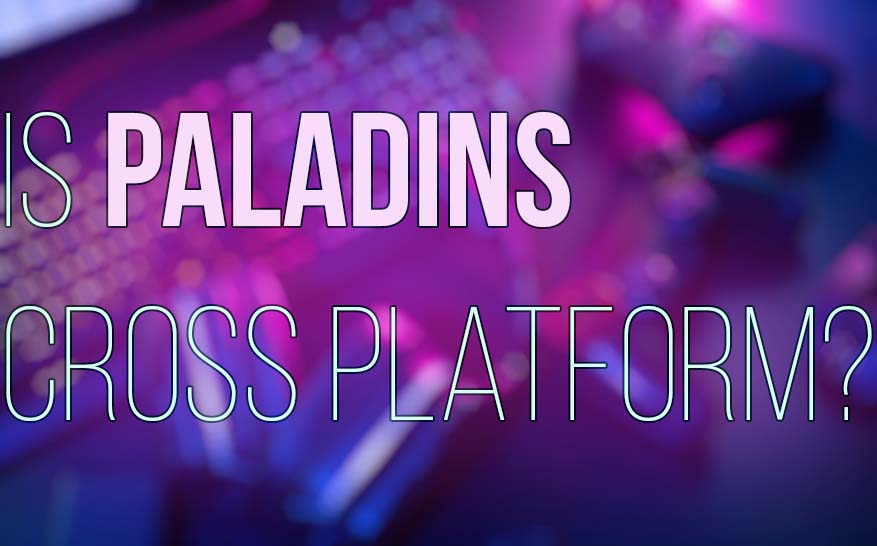 Paladins is an online hero-shooter that is free to play. It was developed by Evil Mojo Games and was published by Hi-Rez Studios.

So that begs the question, is Paladins cross-platform?

Get ready to achieve Champion Mastery, and see the answers below.

Here are the answers to some other common questions about Paladins:

​Do I need a Hi-Rez Account to crossplay Paladins?

No, you don’t need a Hi-Rez Account to play Paladins.

Paladins and Overwatch are similar in that they’re both Hero-based shooters. That being said, there are differences as well.

Paladins have more heroes and are more versatile than those in Overwatch. Paladins also have huge maps and an in-game deck-building system that borrows elements we know from MTG and Heartstone. All-in-all, this makes Paladins a fast-to-learn but hard-to-master game.

Overwatch is a more simple, casual, and also smooth gaming experience. Fx, the game doesn’t have a deck-building system and isn’t as complex. It’s more designed to be a polished and fast-paced hero shooter for the casual player.

Another difference is the Paladins is free-to-play, whereas you need to purchase Overwatch.

No, Paladins isn’t split-screen on any platform.

​What is Paladins? – A quick overview.

Paladins takes place in a science-fiction and fantasy world called The Realm. The developers took inspiration from both sci-fi and fantasy stories when creating and designing this game world.

The soldiers in this game look to be wearing medieval armor, but they wield more futuristic weapons, such as assault rifles and shotguns. There are two warring factions in this world: the Magistrate and the Paladins.

The Magistrate wishes to control magic and prevent normal people from using it. The Paladins are the champions of the common people and say that magic should be available to all.

Competing against one another is a way to determine which philosophy will come out on top.

You’ll be able to become part of a five-person team as you compete online against another team of five players. There are many different maps and game modes in this hero-based shooter.

Team Deathmatch mode involves your team attempting to rack up the highest kill count. Siege mode involves capturing a specific map point and then pushing a payload to the objective.

There’s also an onslaught mode where players will look to score points by taking control of an area and keeping it.

Success in this game involves good coordination with your teammates. Different heroes have different abilities, and it’d be beneficial for your team to be balanced so that you can deal with different threats properly.

​What platforms are Paladins available for?

Paladins is available for: