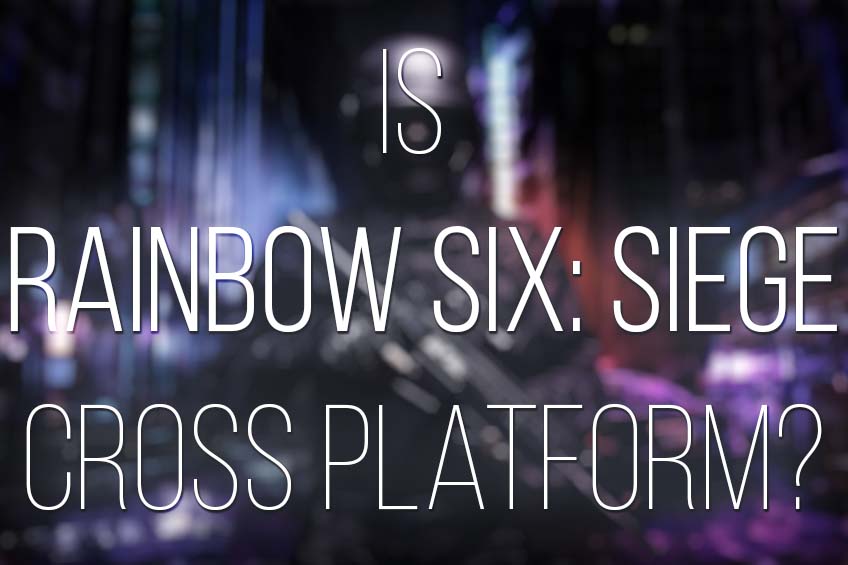 R6 is all about cooperating with a team of operatives to complete missions or to fight other teams online.

So with this focus on multiplayer co-op, is Rainbow Six Siege cross-platform?

Get your SWAT team ready and see the answers to other common questions about Rainbow Six Siege:

Yes, as of early 2022, Rainbow Six Siege is cross-progression across any platform, which means you can transfer your inventory and player stats between PC, Xbox, PlayStation, and Stadia.

Rainbow Six Siege takes advantage of Smart Delivery technology, which means you only need to buy the game once, and then you can play the game on both last-gen and next-gen consoles.

Note that if you own the game on a physical disc of PS4 or Xbox One, you’ll need to have a PS5 or Xbox Series X console with a physical drive as well, to get a free upgrade, as you can’t upgrade from a physical copy to a digital copy.

​What is Rainbow Six Siege? – A quick introduction for new players.

In Rainbow Six Siege, you choose an operative and become part of a team that has to perform certain missions, as is often the case in Tom Clancy games.

You might be tasked with rescuing hostages from terrorists, defusing bombs, or securing an area.

There are single-player missions to explore, but this game is most well-known as a difficult but rewarding online experience.

Players can form teams with their friends and compete against other teams online. There are many different game modes to choose from.

R6 also has seasonal events that are only available for a certain period.

Yes, you can play through tutorials to get to know the different operators you can choose in the game. This helps to get you used to the unique abilities that the operators possess.

However, there isn’t a narrative experience to be found in this tactical shooter, as in fx Tom Clancy’s Ghost Recon series such as Wildlands.

​What platforms are Rainbow Six Siege available for?

Rainbow Six Siege is available for: