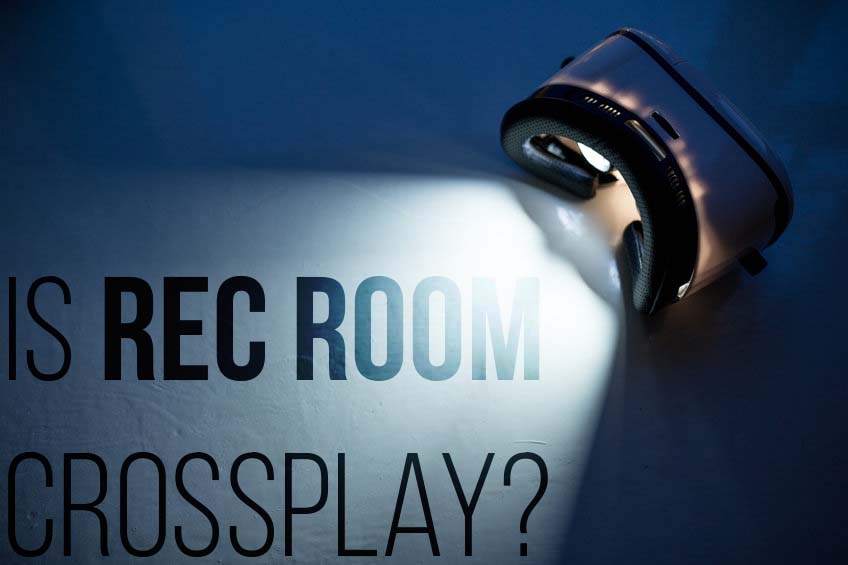 Rec Room is a virtual reality game that can be played online, and it was developed and published by Rec Room Inc. It can also be played without a VR headset if you prefer.

It was originally released for the PC on June 1, 2016, but it has since been ported to console and other VR platforms.

You will be placed in an environment where you can have fun with friends and experience different games.

It’s meant to be a game that can help players to create fun moments with friends.

Being both multiplatform and multiplayer raises the question, is Rec Room cross-platform?

Rec Room is cross-platform between PC, PlayStation, Xbox, Oculus Quest, and mobile. You can crossplay Rec Room with friends on PS4, PS5, Xbox One, Xbox Series X/S, Oculus Quest, Meta Quest 2, iOS, and Android and use VR headsets from Rift, Vive, PlayStation VR, Windows VR, and more. Also, players with VR and players without VR can crossplay together.

Into VR games? Then you might also enjoy Is No Man’s Sky Cross Platform?

Grab your VR goggles and see the answers to more questions below.

​Is Rec Room on Switch?

No, Rec Room isn’t available on Nintendo Switch at the time of writing this. I doubt the platform will handle the online servers needed to run the game.

​Is Rec Room crossplay between VR and non-VR?

Yes, players with and without VR can crossplay Rec Room together. So fx, if one of you owns an Oculus Quest 2 and another owns an Xbox without VR, you can still play the game together.

Do you know how to reduce ping in CS: GO?

​What is Rec Room? – A quick overview.

Rec Room doesn’t have a traditional story mode. Instead, it’s about creating a versatile VR world of experiences with elements from many different game genres.

There are first-person shooter experiences, action-adventure games, sports games, kart racing games, and even a game similar to Pictionary.

It’s also possible to delve into user-generated content. This game creation system has millions of different user-generated games, but the quality of these games will vary greatly.

If you’re creative, you could choose to make your own game using the available tools.

In VR, you can use two handheld motion controllers to pick up and handle objects in the game.

Movement is done either via a teleportation system or full 3D movement, but you’ll want to stick to teleportation if you get motion sickness while playing VR games.

​What platforms are Rec Room available for?

Rec Room is available for: