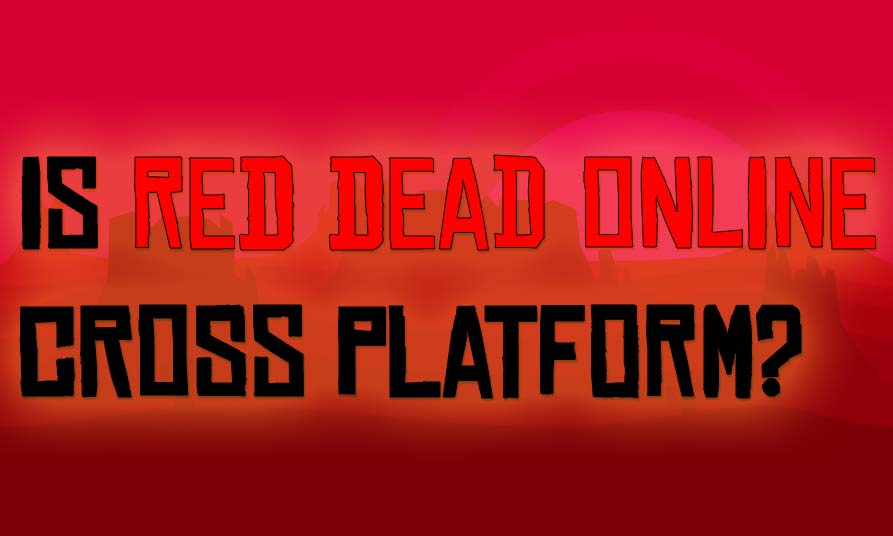 Red Dead Online (RDO) is an online action-adventure game with an old western setting. It was developed by Rockstar Studios and published by Rockstar Games.

This title was meant to be the online portion of the smash hit Red Dead Redemption 2, and it was released in May 2019 for Playstation 4 and Xbox One, with a PC and Stadia, release following in November 2019.

In December 2020, a standalone client for the game was released, which means that Red Dead Online isn’t tethered to Red Dead Redemption 2.

Being a Western MMO available for multiple platforms begs the question, is Red Dead Online cross-platform?

Get your favorite Lancaster Repeater or Gatling gun and hit the answers below.

Do you know how to reduce Ping in Fortnite?

Here are the answers to some other common questions about Red Dead Online:

​Is Red Dead Online on Switch?

No, Red Dead Online isn’t available on Nintendo Switch at the time of writing this. I doubt the platform will be able to handle the levels of graphics needed to run the game.

Yes, Red Dead Online is standalone, meaning you don’t need to own Red Dead Redemption 2 to play the game.

​What is Red Dead Online? – A quick overview for new players.

Red Dead Online‘s story takes place in 1898 and is set one year before the events of Red Dead Redemption 2.

You are a silent protagonist who gets arrested for murder and imprisoned. You’re in jail for six months and awaiting execution, but the prison transport gets attacked by an armed group.

The leader of this group escorts the player character to their camp and enlists the player’s help in finding out who killed the man the player was accused of murdering.

You can play Red Dead Online from either a first-person or third-person perspective. RDO is a true MMO open-world experience with RPG elements where you can explore with your friends and take on various missions.

You can customize your character, and you’ll get to raise your rank by getting experience points. This will give you access to certain perks that will help you in the game.

In some ways, Red Dead Online is like a version of GTA Online set in the world of cowboys. You’ll be able to do many similar mission types, but you’ll be doing everything with a Wild West flair.

RDO has an honor system, just like the single-player Red Dead Redemption 2 game. This means that your actions in the game will impact your moral alignment.

​What platforms are Red Dead Online available for?

Red Dead Online is available for: