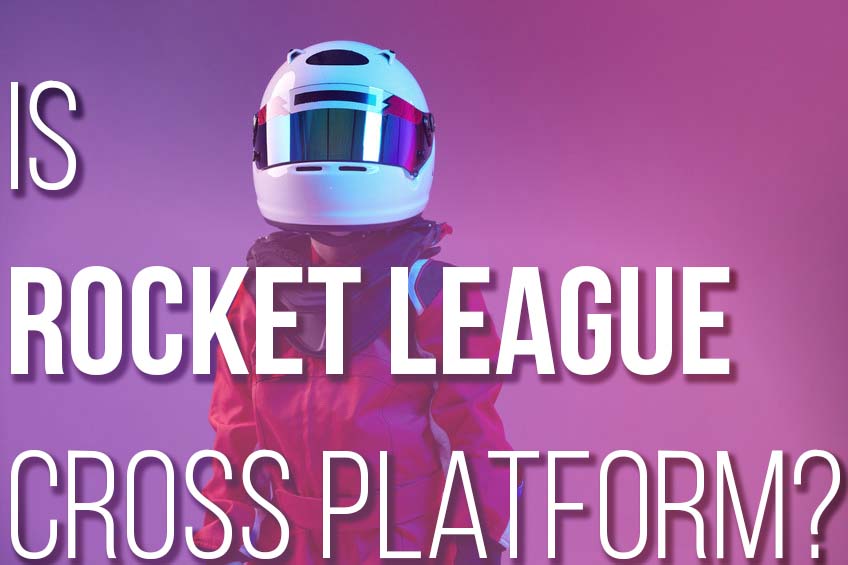 Rocket League is a soccer game that is played using vehicles. As such, it’s much different than a standard sports title, but it features familiar rules in many ways.

Rocket League was developed and published by Psyonix. It was initially released on July 7, 2015, and became a free-to-play game in September 2020.

Get behind the wheel and move on to see the answer to this and more questions below.

Yes, Rocket League is cross-platform between all platforms.

Here are the answers to some other common questions about Rocket League:

Yes, Rocket League is cross-progression, which means that the game support cross-save between different platforms. All you need to do is link your accounts to an Epic Games Account.

​Is Rocket League on Mac?

No, since June 2020, Rocket League is no longer been officially supported by Mac. I think the player base was too small.

​Is Rocket League on Linux?

No, since June 2020, Rocket League has no longer been officially supported by Linux. Like it was the case for ending the Mac support, I think the player base on Linux also was too small.

​Is Rocket League on Steam?

​What is Rocket League? – A quick overview.

Rocket League doesn’t have a story mode for you to get into. It’s a game where you can compete online to score goals and win games.

There is a single-player mode where you can play against AI-controlled opponents.

It’s much more commonly enjoyed as a multiplayer game, but playing the game in single-player mode might be useful to get used to the controls.

In Rocket League, you control a rocket-powered car, and you have to chase a ball and try maneuvering it into the opponent’s goal to score points as I said: car soccer!

Though it’s probably more accurately described as future 3D-car soccer because the cars are flying all over the place.

You can employ various strategies to try to do this, but it’s advantageous to coordinate with your teammates to create opportunities to score.

Matches in this game typically take five minutes to complete. The game will go into sudden-death overtime mode if the score is tied once the time limit has expired.

There are different game modes, and you can choose to play one-on-one, two-on-two, three-on-three, or four-on-four matches. You’ll also have access to both casual and ranked playlists online.

​What platforms are Rocket League available for?

Rocket League is available for: