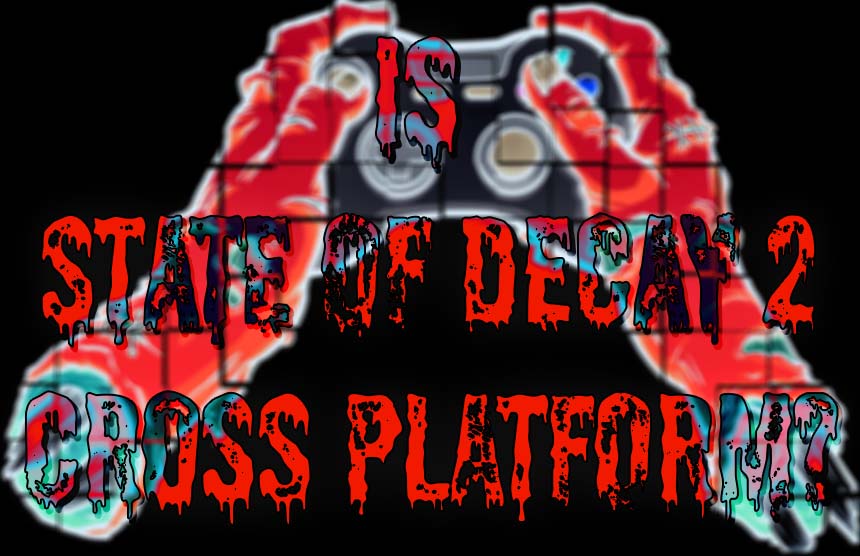 State of Decay 2 (SoD 2) is a survival game developed by Undead Labs and published by Xbox Game Studios. It was released for PC and Xbox One on May 22, 2018.

This title can be played in single-player mode or enjoyed as a multiplayer title, and I think it’s best described as a mix between DayZ and Left 4 Dead in terms of survival and action gameplay.

So is State of Decay 2 cross-platform?

Into live streaming on Twitch? Check out the guide to the best microphones for streaming.

Here are the answers to some other common questions about State of Decay 2:

​Is State of Decay 2 cross-save?

State of Decay 2 is partially cross-save, meaning achievements, boons, outfits, unlocked bounties, and other account progress will be transferred to all platforms. The only thing that doesn’t transfer is your existing communities, which will remain on their current platform.

​Is State of Decay 2 split screen?

​Does loot respawn in State of Decay 2?

The short answer is yes and no. If you stay on the same map, loot will not respawn, meaning there is a finite number of resources available. So when the land has run dry of resources, you need to move to a new map to get more loot to survive. However, all resources will return when you return to the map you have exhausted.

​Is State of Decay 2 multiplayer?

Yes, you can play State of Decay 2 as multiplayer. Playing it as co-op is much more fun!

​Does State of Decay 2 have a campaign and ending?

Well, yeah, sort of. You must destroy all the plague hearts and complete the Leader Legacy Quest. When you reach the last legacy mission, you’ll be prompted with a point-of-no-return message.

If you survive, you’ve finished the game and will get a Legacy Boon plus three survivors (including their inventories – so make sure to grab your stash) from your community, which you can use in your next playthrough.

State of Decay 2 didn’t launch with traditional story content, but it has received story content in the form of paid DLC.

Fx, the Heartland DLC pack was released on June 11, 2019, and it added some story content for players to enjoy.

SoD 2: Juggernaut Edition was added on March 13, 2020, and gave the game a long-needed graphic overhaul as well as added crossplay, a new map, and more.

Players need to know that this game is set in a world where humans are trying to survive a zombie apocalypse.

You must band together and form a community to keep moving forward and avoid succumbing to the zombies that are out to eat you.

State of Decay 2 is played from a third-person perspective. And as in all good old zombie games, you must fight zombies and try to survive the hordes.

Scavenging is a major game component, as is often the case in survival games, and is similar to games like DayZ, RUST, Don’t Starve Together, and Minecraft.

State of Decay 2 features a huge open-world environment to explore, and you’ll need to remember that danger could lurk around every corner.

Interacting with NPCs outside of your camp to trade items is possible. When you encounter zombies, you can choose to fight them or try to sneak past them.

Stealth and survival in the open world are a big part of this title since you don’t want to waste resources if you don’t have to.

In that sense, the game sets itself apart from more linear-based action-based zombie shooters like the Left 4 Dead series and Back 4 Blood, though it’s action-filled when you engage in combat!

​What platforms is State of Decay 2 available for?

State of Decay 2 is available for: