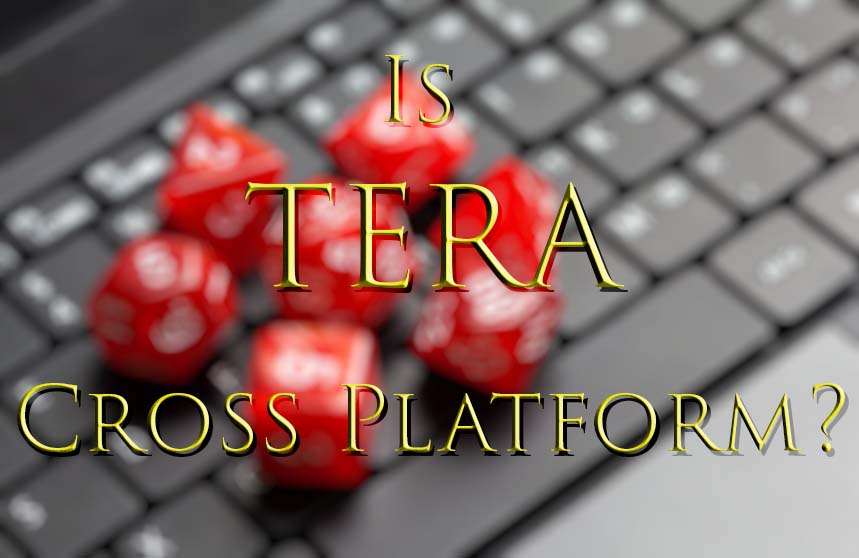 TERA is an online game in the MMORPG genre. It was developed by Krafton and was originally released in South Korea on January 25, 2011.

TERA is an acronym that stands for The Exiled Realm of Arborea.

So being an MMORPG available for both PC and consoles, is TERA cross-platform?

TERA is only cross-platform between PlayStation, and Xbox, meaning that TERA is crossplay between PS4, PS5, Xbox One, and Xbox Series X|S. TERA is not crossplay on PC. That’s because TERA for console and PC has evolved into separate games with time.

Check out the guide to the best mouse for MMORPGs.

Here are the answers to some other common questions about TERA:

No, TERA isn’t dead, but it’s evolved into a more PvE game since most PvP elements have been abandoned.

Also, check out this guide to ESO gold farming.

​What is TERA? – A quick overview for beginners.

The basic plot of TERA involves two powerful titans named, Shara and Arun, that meet in a formless void. These titans fell asleep and started dreaming, and the Exiled Realm of Arborea started to form around them as they did so.

The bodies of these two titans became the two continents in this realm, and their dreams gave rise to 12 god-like beings.

Due to the imagination of the titans, mortals came into existence, and the mortals and the gods came into conflict with one another.

TERA lets you experience classic MMORPG gameplay when you start playing. Players can go on quests, craft items and weapons, and it’s possible to engage in player-vs-player combat.

The battle system is done in real-time and incorporates a third-person perspective. You target enemies with a crosshair and then click or press a button to attack. Players must dodge attacks if they wish to avoid damage.

You’ll have seven different races to choose from when making your character for the game. Every race has a unique and advantageous skill.

There are also 13 classes to choose from that have their attributes and abilities.

​What platforms are TERA available for?

TERA is available for: