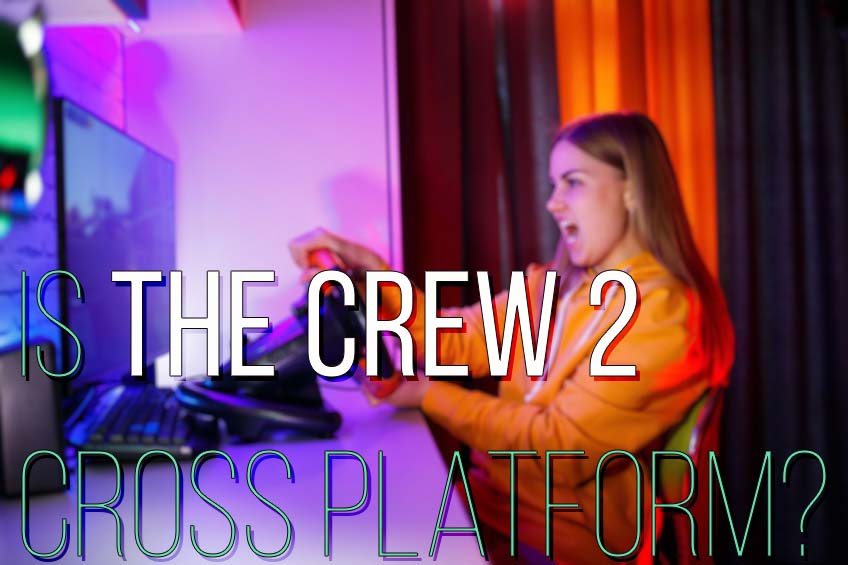 The Crew 2 is an open-world racing game developed by Ivory Tower and published by Ubisoft.

You can enjoy The Crew 2 in single-player mode or with friends through online multiplayer.

So is The Crew 2 crossplay so you can play with friends across different platforms?

If you enjoy speed, check out the top 10 fastest cars and bikes in GTA Online.

Here are the answers to some other common questions about The Crew 2:

​Is The Crew 2 cross progression?

No, The Crew 2 isn’t cross-progression, which means the game doesn’t support cross-save between different platforms.

Yes, The Crew 2 is free roam, meaning that it’s an open-world racing game that allows you to choose your path.

​Is The Crew 2 split-screen?

No, The Crew 2 isn’t split-screen. So even though you can play the game as coop, there’s no couch co-op in The Crew 2.

​Is The Crew 2 online only?

Yes, The Crew 2 is an online-only title, meaning there is no offline mode, and you need a working internet connection to play the game.

​Is The Crew 2 on Nintendo Switch?

No, The Crew 2 is not available on Nintendo Switch. To be honest, I doubt the Switch could handle this game’s massive world and graphics.

Is The Crew 2 cross generation?

Yes, The Crew 2 is cross gen – though only through backward compatibility. That means Xbox Series X/S owners can crossplay The Crew 2 with Xbox One owners. Likewise, PS5 players can play The Crew 2 together with PS4 players. That’s because it’s the same version of the game running on both platforms.

In The Crew 2, there is a nonlinear story where you play as an unnamed racer considered an icon in the United States racing scene.

This game has four racing disciplines, and your player character has succeeded in all of them. You’ll learn more about the story as you win races, so I won’t spoil anything here.

In The Crew 2, you can explore a beautiful open-world environment representing the United States. It’s a scaled-down map, of course, but it does allow you to drive around in many locations.

Your player character will try to win races in the four racing disciplines in this title. Those disciplines include street, off-road, freestyle, and professional racing.

There are many different cars that you can drive, but that’s not all. It’s also possible to drive other vehicles, such as boats, motorcycles, and even airplanes, which is pretty atypical for a racing game.

You’ll be able to play around in four distinct hub worlds in this game. There’s also a cooperative multiplayer mode for when you’d like to bring a friend along to enjoy the game with you.

​What platforms are The Crew 2 available for?

The Crew 2 is available for: