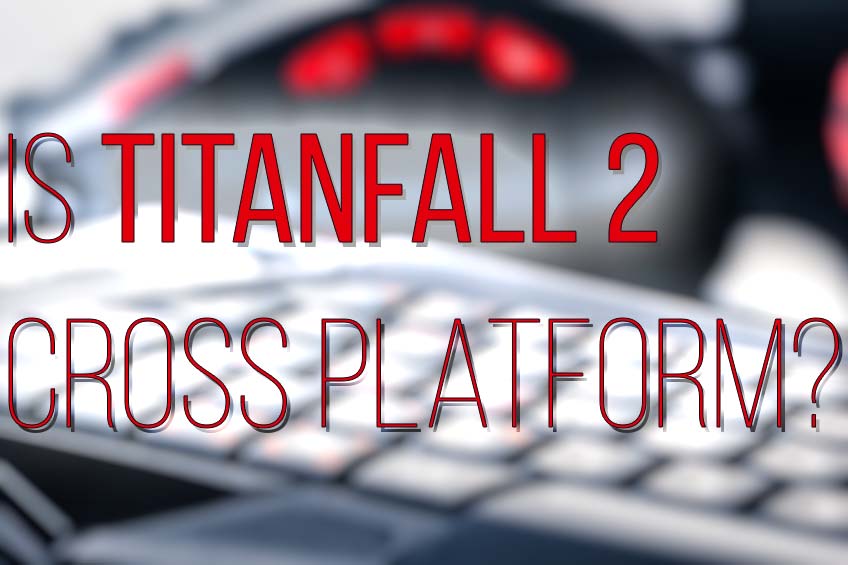 Titanfall 2 is a first-person shooter game developed by renowned people at Respawn Entertainment.

The game was published by Electronic Arts and released on October 28, 2016, for PC, Playstation 4, and Xbox One.

Titanfall 2 has both a single-player campaign and an online multiplayer mode, and I think both are pretty badass!

So is Titanfall 2 cross-platform?

No, Titanfall 2 isn’t crossplay meaning there is no cross-platform play compatibility with consoles if you’re running the game on Microsoft Windows and vice versa. Likewise, Titanfall 2 isn’t crossplay between Xbox One or Xbox Series X/S and PS4 or PS5. However, the game is cross-gen (through backward compatibility for now), allowing players within the same console platform to play the game together.

Check out how to share games with friends on Steam.

Get in your Northstar or Monarch titan of choice and see more FAQs below.

Here are the answers to some other common questions about Titanfall 2:

Yes, Titanfall 2 is cross-gen – though only through backward compatibility. That means Xbox Series X/S owners can crossplay Titanfall 2 with Xbox One owners. Likewise, PS5 players can play Titanfall 2 together with PS4 players. That’s because it’s the same version of the game running on both platforms.

No, Titanfall 2 isn’t dead – many players are still playing it. However, the game hasn’t received any updates since around 2017.

​Is Titanfall 2 split-screen on PS4?

You can’t play Titanfall 2 as a local couch co-op split-screen on PS4 or PS5.

​Is Titanfall 2 split-screen Xbox One?

You can’t play Titanfall 2 as a local couch co-op split-screen on Xbox One or Xbox Series X|S.

​What is Titanfall 2? – A short introduction.

A major difference between the first Titanfall and Titanfall 2 is that the latter includes a single-player campaign.

In Titanfall 2, you’ll take control of a character named Jack Cooper. Jack is a rifleman in the militia who aspires to become a Titan Pilot, and you’ll be thrown into a huge conflict that will see you fighting enemy Titans.

The plot involves the militia having to gather intelligence on something known as the “Fold Weapon” that could threaten their home planet.

The inclusion of the campaign makes it a more ambitious title than the first Titanfall game.

The biggest difference is that you can pilot Titans, which are essentially mech suits that have extreme firepower and tower over the battlefield. You’ll be able to fight in your Titan, but you’ll also be able to eject from the Titan to fight on foot.

While fighting on foot, you’ll be capable of doing things such as wall-running. The motion in this game is very fluid, making combat feel fun.

There are a wide variety of futuristic weapons that you can wield in this game, too. You’ll enjoy getting to pilot Titans and fight foes either in the single-player campaign or in the huge online mode where you can compete with people worldwide.

​What platforms are Titanfall 2 available for?

Titanfall 2 is available for: