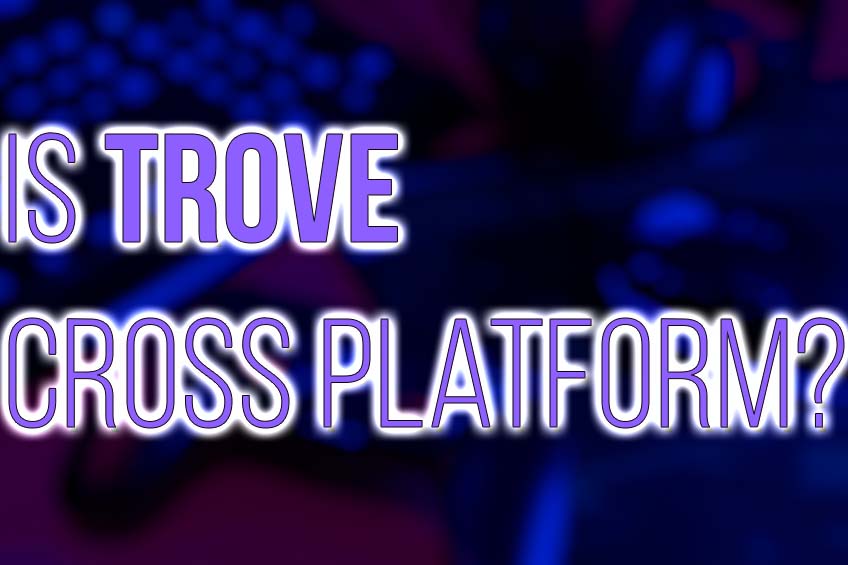 Trove is a sandbox game that is also voxel-based. It was both developed and published by Trion Worlds.

Trove was released for PC and Mac in July of 2015 and was later ported to consoles such as the Playstation 4, Xbox One, and Nintendo Switch.

Trove isn’t cross-platform, which means you can’t crossplay with friends on consoles if you’re running the game on Microsoft Windows and vice versa. Likewise, Trove isn’t crossplay between Switch, Xbox One, or Xbox Series X/S and PS4 or PS5. However, Trove is cross-gen (through backward compatibility for now), allowing players within the same console platform to play the game together.

So jump on your favorite dragon and join Za’Hadeen and me to see the answer to more questions below.

​Is Trove on Mac?

Trove is no longer supported on Mac. This is due to Mac OSX Catalina introducing some changes that made it difficult for the developers to get it to run smoothly on Mac. If you own a Mac with an older OS than Catalina, you should still be able to play Trove.

​Is Trove split-screen on PS4?

You can’t play Trove as a local couch co-op split-screen on PS4 or PS5.

​Is Trove split-screen on Xbox One?

You can’t play Trove as a local couch co-op split-screen on Xbox One or Xbox Series X|S.

​What is Trove? – A quick overview.

Trove is a sandbox game where you will go questing and fight enemies. Enemies drop loot that will allow you to become stronger.

There are different tiers that you can get when hunting for loot drops. Legendary loot is the most sought-after, and it has an orange color.

Fighting in this game is done in a hack-and-slash fashion. If you’ve played titles such as Diablo in the past, then you’ll be familiar with the basic controls of Trove.

There are multiple classes to choose from in this game that have different abilities, and you can change up the playstyle a lot just by changing to a character with a different class.

Trove is designed to be a multiplayer title where you go questing with friends.

​What platforms are Trove available for?

Trove is available for: