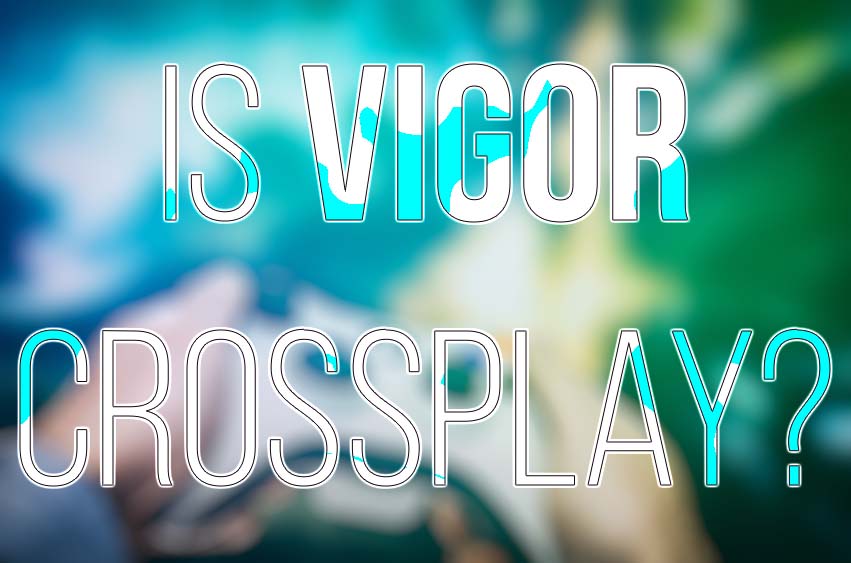 Vigor is a free-to-play looter shooter game that was developed by Bohemia Interactive.

The game is set in Norway and has survival elements, and it reminds me of a mix between DayZ and State of Decay 2 – without the zombies. This is a multiplayer-only title.

It was initially released for the Xbox One on August 19, 2019, but it was later ported to consoles such as the Nintendo Switch, Playstation 4, and Playstation 5.

So is Vigor cross-platform so you can play with friends across different gaming platforms?

Vigor is cross-platform between Xbox One, Xbox Series X|S, and Nintendo Switch. Crossplay between Xbox and Switch is mostly there to shorten your matchmaking time, i.e., it prioritizes players from the same platform first but fills up with players from other platforms if needed. PS4 and PS5 are not crossplay compatible with Xbox and Switch, but PS5 and PS4 players can play together due to cross-generation compatibility.

If you’re ready to loot and shoot, see the answers to this and more FAQs below.

Here are the answers to some other common questions about Vigor:

If you play Vigor as a duo or trio with friends on your friends’ list, cross-platform crossplay isn’t available as the friends’ list is limited to that particular platform.

In other words, there’s no cross-platform compatibility when playing Vigor in duo or trio mode.

​Is Vigor coming to PC?

No, Bohemia Interactive has no plans to release Vigor on PC.

No, Vigor is made up of various maps with loot for you to scavenge and leave. In that sense, it reminds me of State of Decay 2.

No, Vigor isn’t battle-royale in the traditional sense, meaning it doesn’t have an enclosing circle that makes the map smaller and smaller. But it does share some gameplay similarities, though.

Instead of the sweeping circle, Vigor has a radiation cloud that sweeps the maps and drives the players toward the exits. You’ll also lose all your gear if you die. And there are airdrops with loot that are sure to attract many players leading to violent gunfights.

Vigor is set in a post-apocalyptic version of Norway. Players are tasked with trying to stay alive and survive the harsh environment they must live in.

You’ll need to build a shelter; a big part of the gameplay involves seeking resources. There won’t be a story to follow in Vigor, but you can make your own stories through your interactions with other players online.

There are also airdrops during encounters that will contain valuable things such as weapons, blueprints, and the currency in the game (Crowns).

You can see where the airdrop is supposed to happen on your map, and it’ll be up to you to try to make it there first. Radiation clouds are also a huge concern during encounters.

In this title, you’ll find several different game modes, such as shootout and elimination mode.

The shootout mode is a fast-paced game where players are supposed to look for better weapons to take out other Outlanders. The match lasts 10 minutes, and the player with the highest score wins.

Elimination mode is similar, but it’s a five-versus-five team battle where players are eliminated and won’t come back until the next round.

​What platforms are Vigor available for?

Vigor is available for: